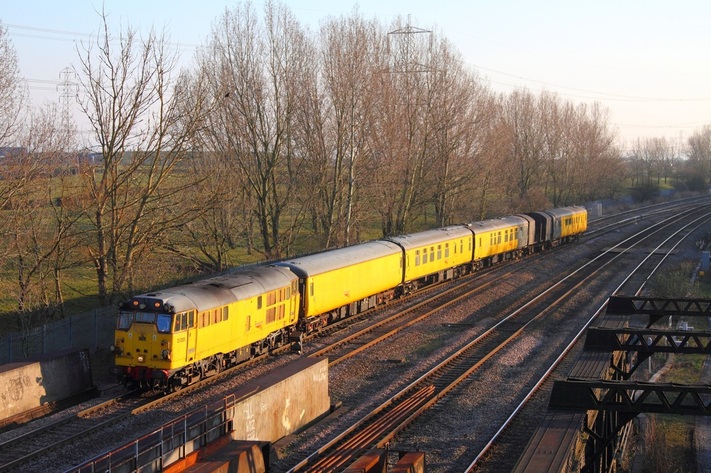 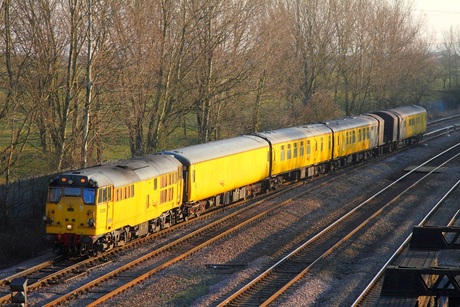 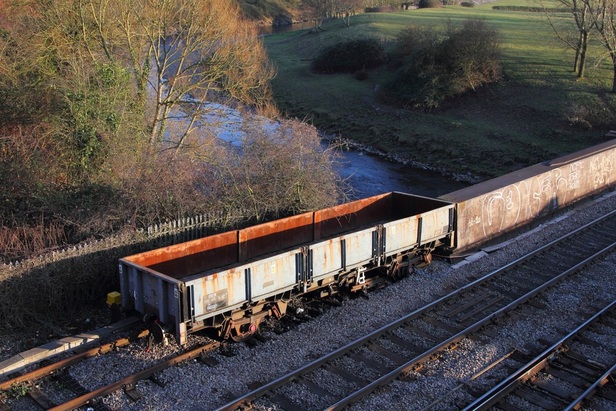 On the 1st February 2012, derailed wagon OCA 112120 believed to have been in a
'runaway' incidient is photographed leaning against the Railway bridge over the
River Ebbw in a siding just west of Newport A.D.j yard. 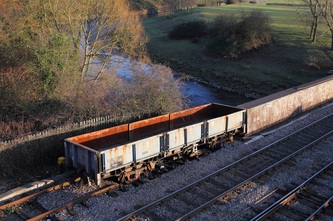 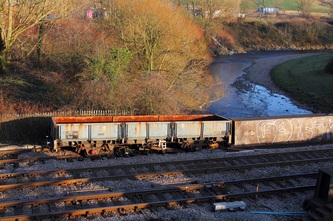 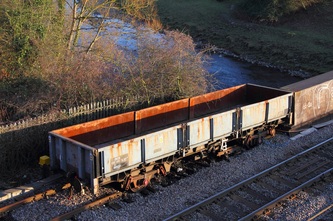