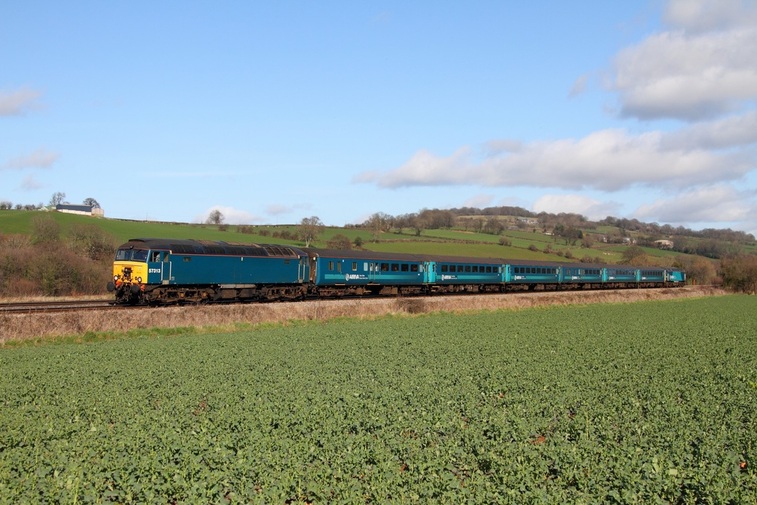 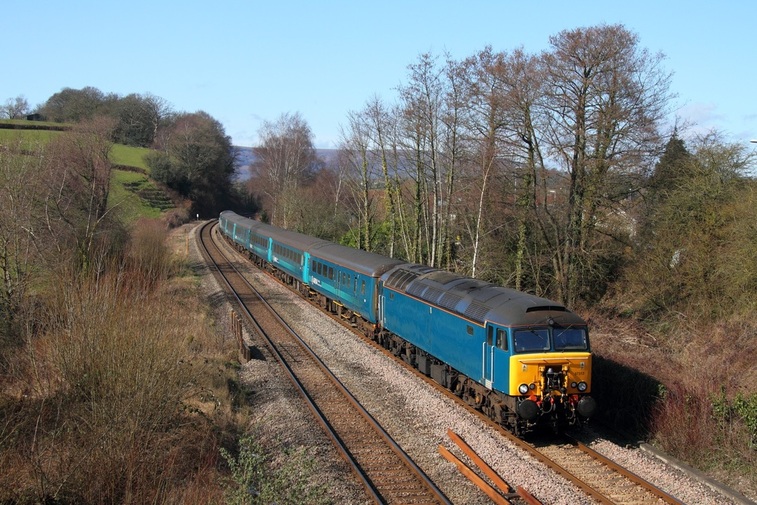 Due to the extra required passenger capacity due to the Wales and Italy match in Cardiff, Arriva Trains Wales liveried plain blue 57313 and ATW-branded 57315 top-and-tailed with six MK2s worked the 1V41 Holyhead to Cardiff Central passenger service. I photographed the train firstly at Pandy and then again at Ponthir after the train called at Abergavenny, Pontypool and Cwmbran for passengers. 10th March 2012. 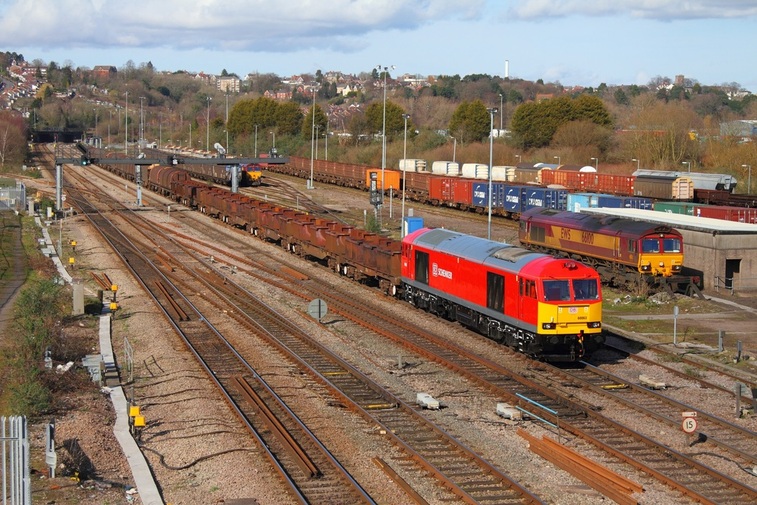 Quickly into the action, DB Schenker's newly reinstated and repainted Class 60, 60063 was sent to South Wales as a straight replacement for 60045 on Friday 9th March working the 6V19 Immingham to Margam steel. The tug was immediately sent into action on Saturday 10th March 2012, working the delayed 6H25 Margam to Llanwern loaded steel and return 6H26 empty steel to Margam. The loco in ex-works condition, trundles pass 66100 in Newpor A.D.j on the down relief working the slightly late 6H26 13:30 Llanwern to Margam empty steel. 60074 would be D.I.T behind 66188 on the 6H29 Margam to Llanwern. 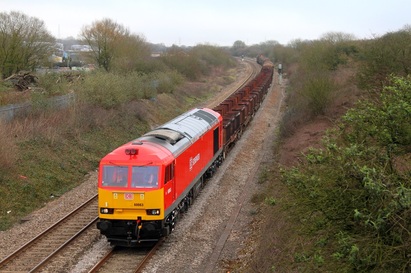 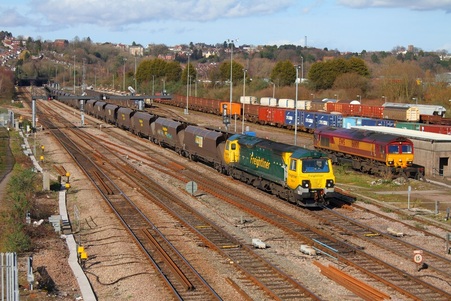 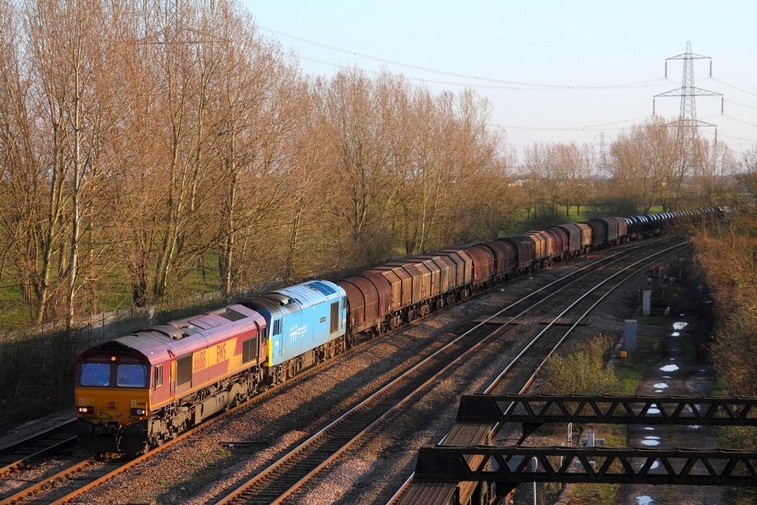 DB Schenker's 66188 leads 60074 on the approach to Newport A.D.j powering the 6H29 Margam to Llanwern loaded steel on the 20th March 2012.
Many thanks for visiting. I hope you enjoyed your visit. Kind regards Jamie.
Railway Photography by Jamie Squibbs