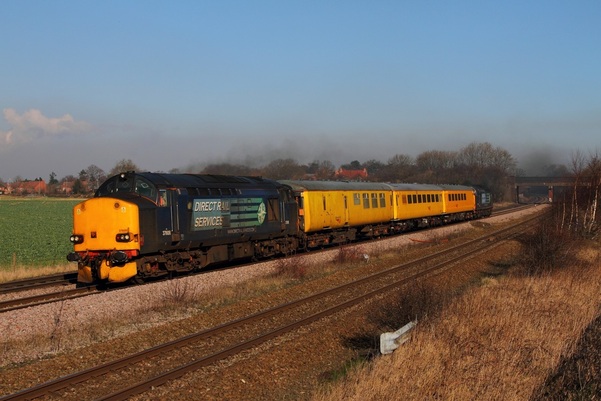 66707 dodges the rain showers at Barrow upon Trent 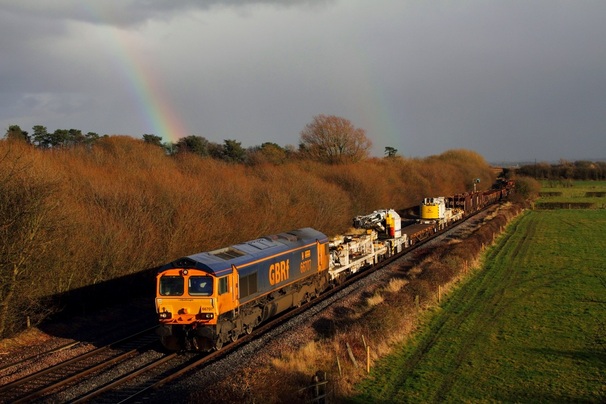 1E05 terminated at Newcastle following a loss of power on 91107 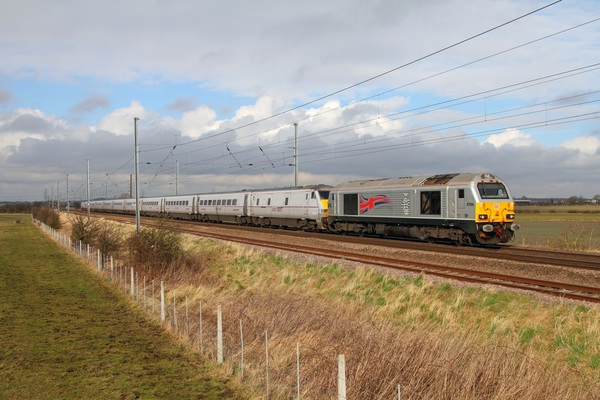 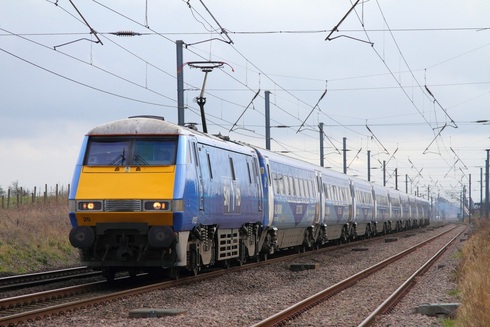 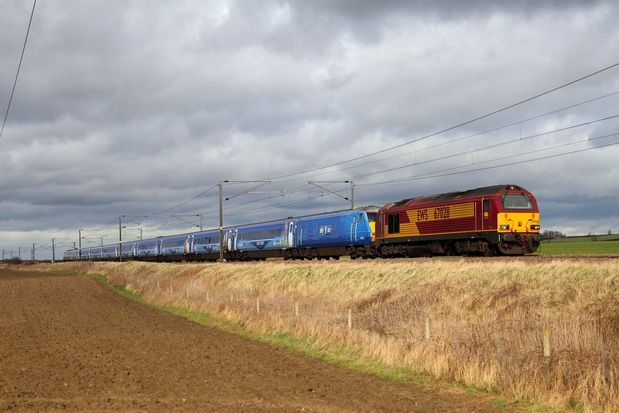 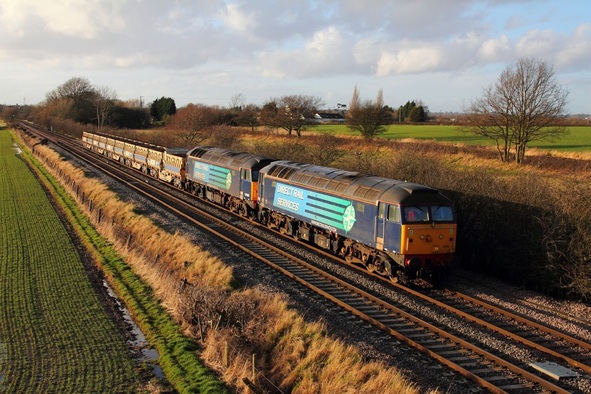 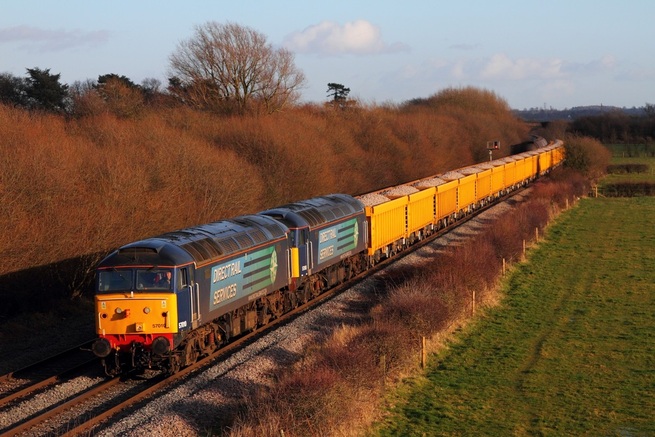 DRS 57010 leads 57008 on the 6U77 Mountsorrel to Crewe Basford Hall loaded ballast stone at Barrow upon Trent on the Castle Donnington branch on the 11th February 2014. 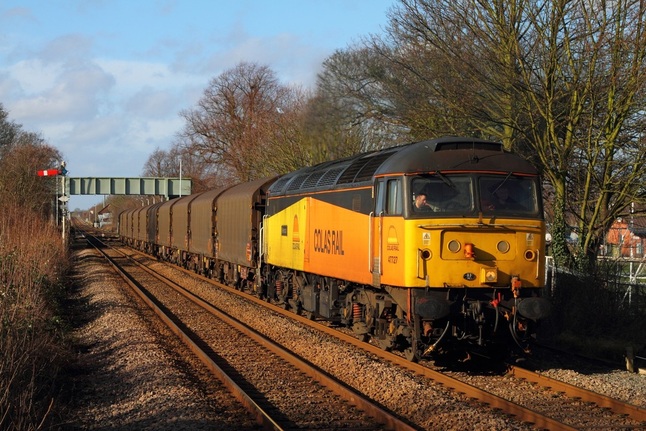 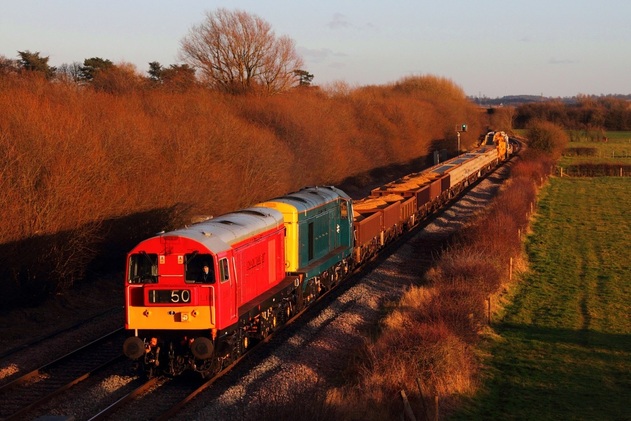 London Underground Red liveried 20189 leads Br Blue 20142 on the 6K50 Toton to Crewe Basford Hall engineers at Barrow upon Trent on the 7th February 2014. The use of the choppers enables a GBRF class '66' to be freed for the weekend engineering works. 66709 had worked 6M73 from Doncaster. 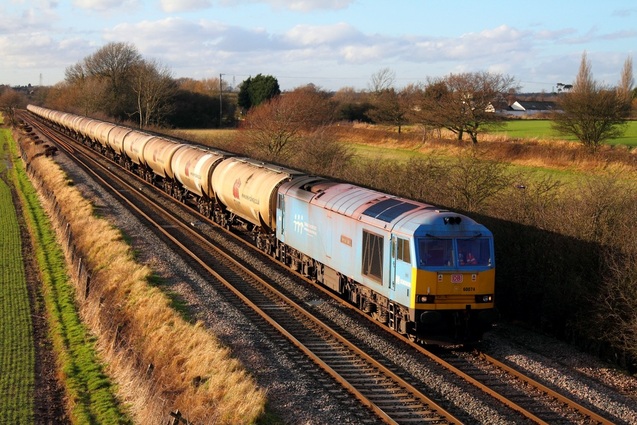 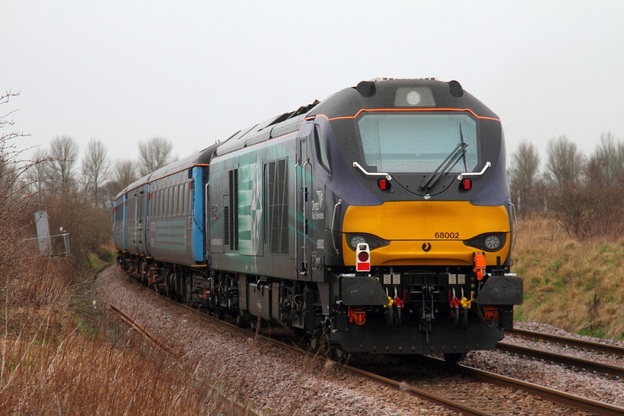 DRS 68002 experiences high speed testing on the WCML for the first time... 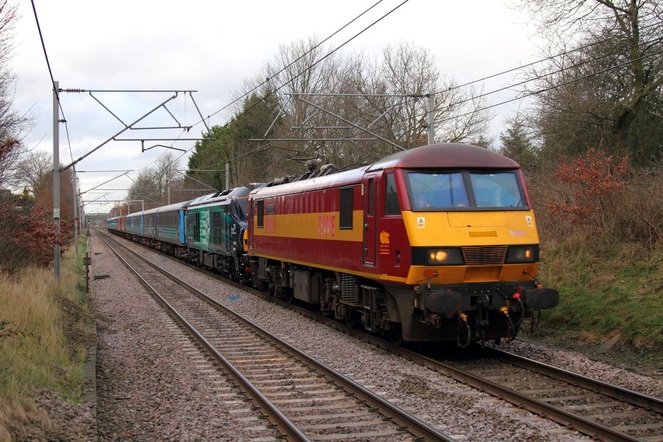 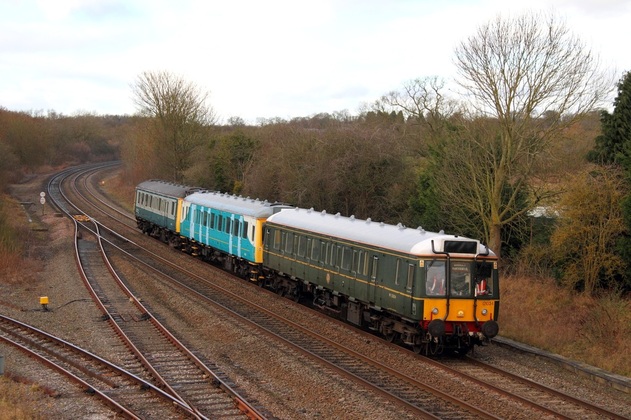 Chiltern Bubble cars, BR Green 121034 (which has been used for route-learning duties around Birmingham) leads Arriva Trains Wales liveried 121032 (likely to be used for spares) and Br Blue/Grey 960014 (which had previously failed on route learning duties around Birmingham) at Hatton on the 4th February 2014 working as the 5Z00 Tyseley to Aylesbury. 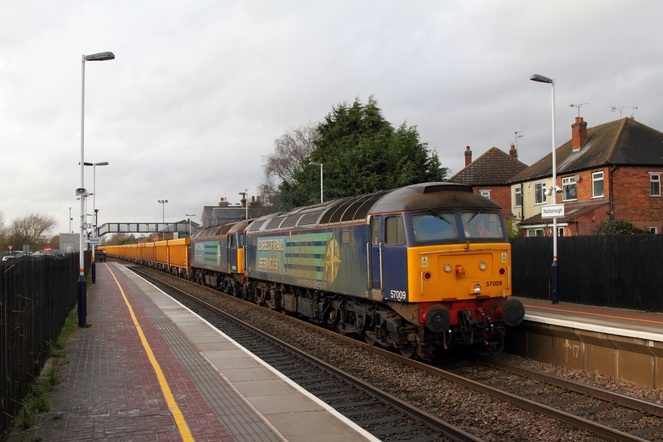 DRS 57009 leads classmate 57002 on the 6U76 08:59 Crewe Basford Hall to Mountsorrel empty ballast boxes at Narborough near Leicester on the 3rd February 2014. DRS now have the contract for the 6U76/6U77 services which were previously held by freightliner. As the train is too heavy for a single class 66/4 hence why the train under freightliner control was either hauled by class 66/6 or class 70. The service was hauled by a pair of DRS Class '57s'. This was the maiden working of the train under DRS operation and was the first time class 57s have featured on this train. The train at this point was only a few minutes down following 170638 on the Leicester service, however the returning 6U77 departed Mountsorrel 87 late. 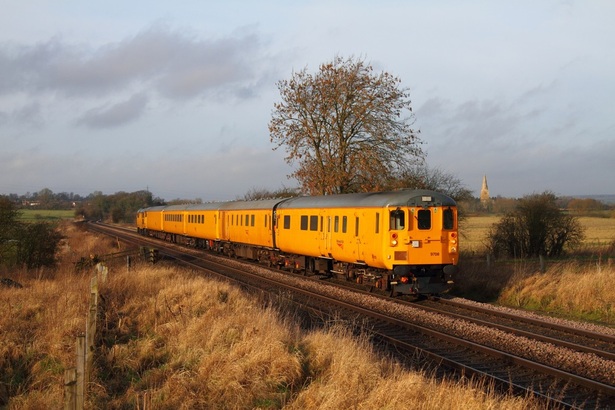 DBSO 9708 being propelled by Network Rail's 31285 cruises through Copleys Brook near Melton Mowbray with the 3Z10 Derby RTC to Old Dalby on the 3rd February 2014. 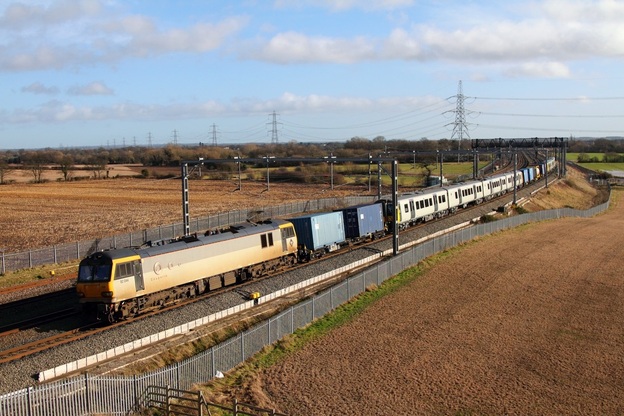 GBRf 92044 leads the 6X50 04:20 Dollands Moor to Trafford Park at Lichfield Trent Valley on the 1st February 2014, consisting of 8799800019, 8799800027, 8749061283, 8749061283, 8799800035, 8799800001 L IFA wagons and new Desiros 350407 and 350406 having been transported from Siemens factory in Germany via the Channel Tunnel. The four-car electric multiple units are for the Trans Pennine Express franchise following the electrification of the Liverpool to Manchester route via Newton-le-Willows and will presumably replace the Class '185s' on the Manchester to Scotland services, although only a total of 10 have been ordered so some services will remain scheduled for the non-electric class '185s'. London Midland have ordered 10 four-car class '350/3s which will provide extra seating capacity and will eventually boost its current class '350' fleet to a total of 77.
Many thanks for visiting. I hope you enjoyed your visit. Kind regards Jamie.
Railway Photography by Jamie Squibbs