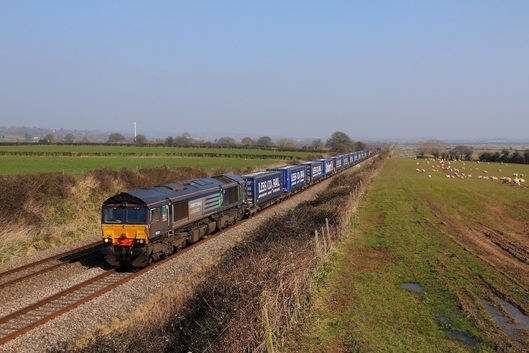 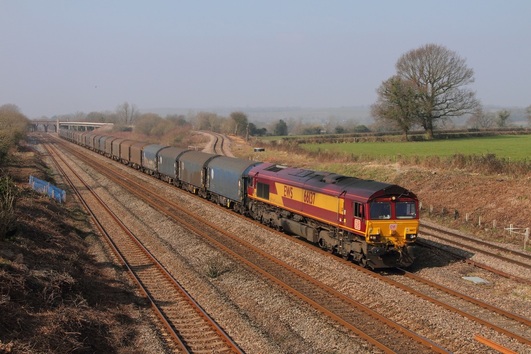 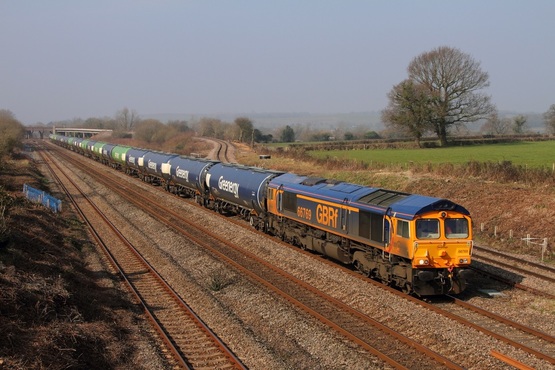 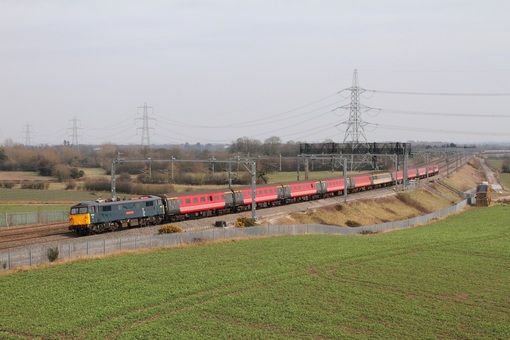 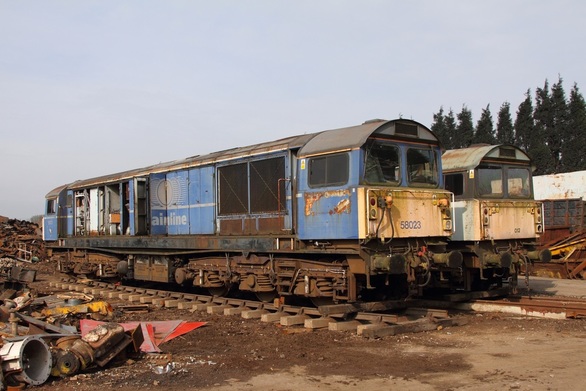 Mainline Blue liveried 58023 is parked adjacent to Mainline Grey liveried 58012 at Ronald Hulls scrap yard, Rotherham on the 12th March 2016. The class '58s' are from Toton depot after being put on sale by DB Schenker. 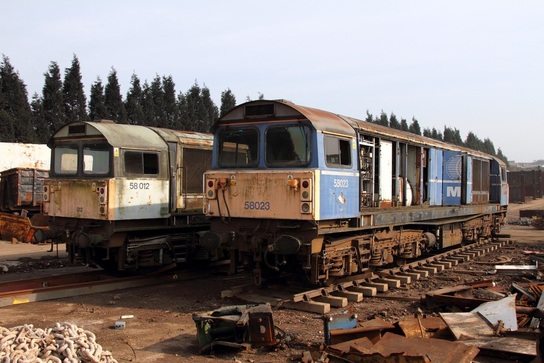 The class '58s' are the ultimate waste of a strong, powerful and consistent locomotive, out-competed by the original arrival of 250 class '66s'. Its such a shame that the potential of these locomotives has been drastically unfulfilled after a life span of just 20 years in traffic. Big thank you to the friendly staff at Ron Hulls who kindly allowed photographs with a donation to charity. 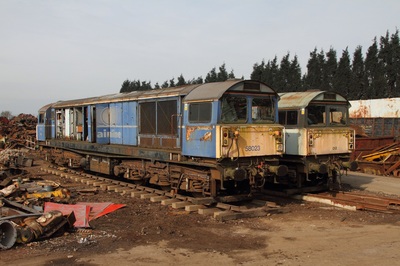 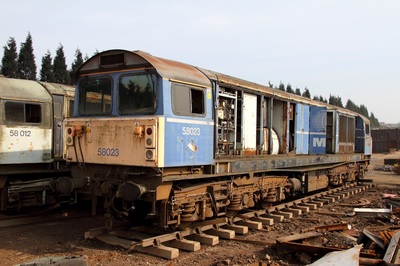 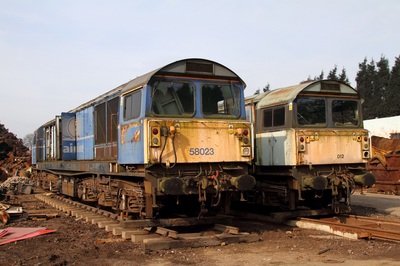 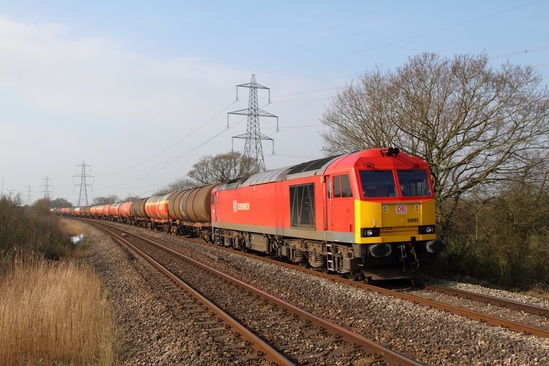 For anyone who likes pylons - DB Schenker's 60092 works the 6B13 Robeston to Westerleigh tanks at Mathern between Caldicot and Chepstow on the 11th March 2016. 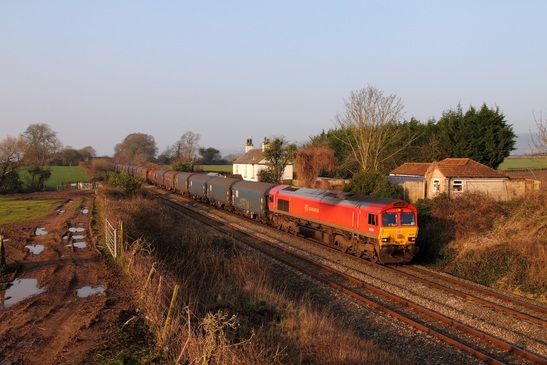 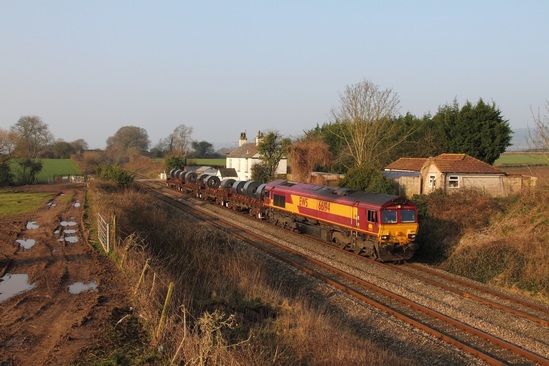 DB Schenker's EWS liveried 66194 hauls a rather short 6M96 Margam to Corby loaded steel coils at Woolaston between Chepstow and Lydney on the 11th March 2016. 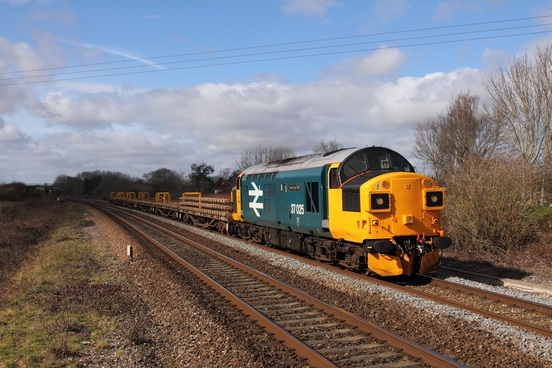 ​Large Logo 37025 on hire to Colas Rail and replacing the accident damaged 70803, hauls the 6C25 Tavistock yard to Westbury at Bathpool on the 4th March 2016.
Many thanks for visiting. I hope you enjoyed your visit. Kind regards Jamie.
Railway Photography by Jamie Squibbs