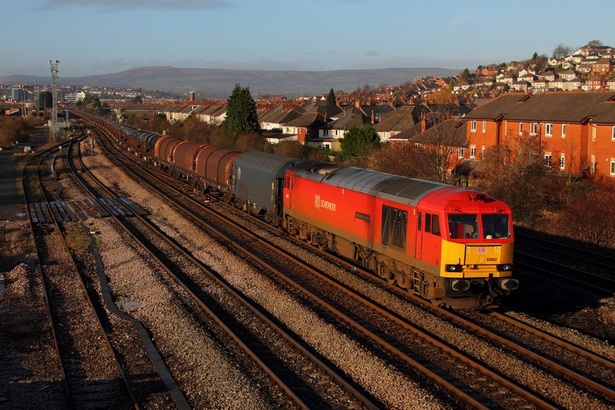 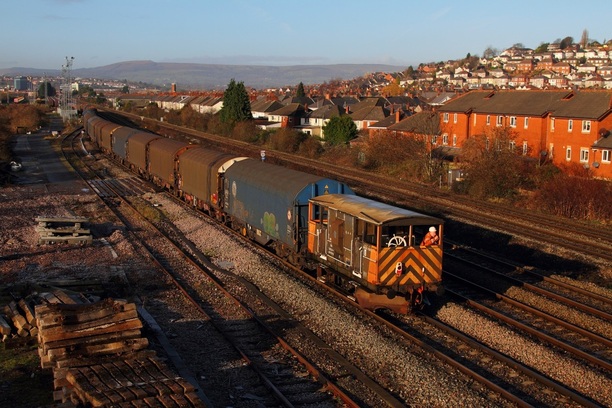 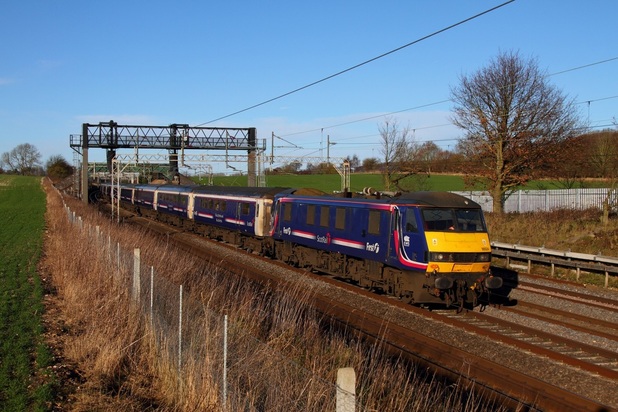 First Scotrail liveried 90024 leads the 1M16 Inverness to London Euston at Cow Roast running 266 minutes late just south of Tring on the 28th December 2013. All the sleeper trains were delayed due to an uninterruptible power supply between Penrith and Carlisle. For a different view of the train at this location click here. 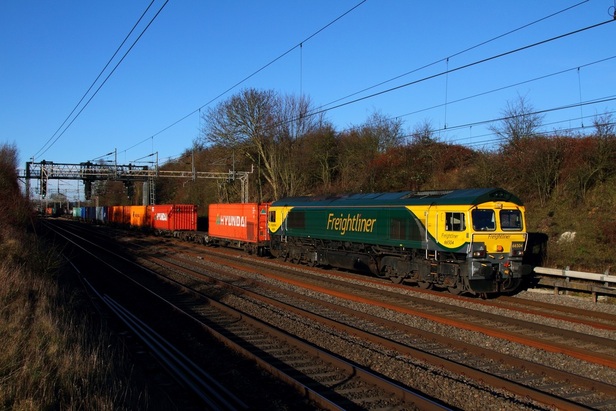 On the 28th December 2013, Freightliner's Powerhaul liveried 66504 works the 4O14 Hams Hall to Southampton Maritime freightliner at Bourne End, diverted via the WCML due to engineering works on the Reading West Curve. 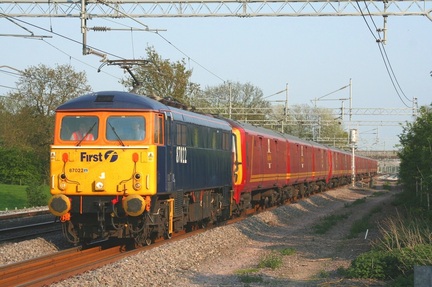 A recent video published on youtube showed exportée 87022 suffering a major fire in Bulgaria.
A Blast from the past, shows the van in happier days, working for GBRF on the WCML on the 11th May 2006. FIRST' branded 87022 with orange cab windows speeds through Cathiron working the 1S96 Willesden PRDC to Shieldmuir mail. 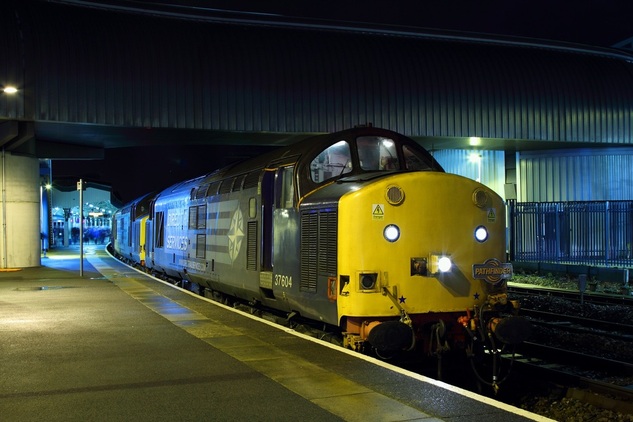 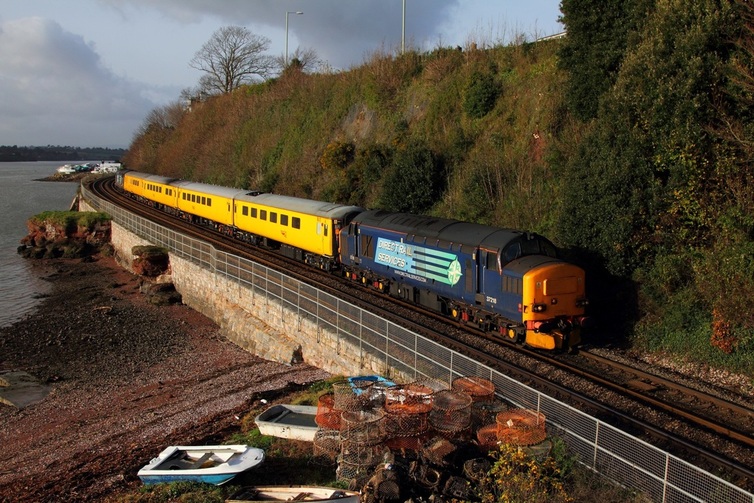 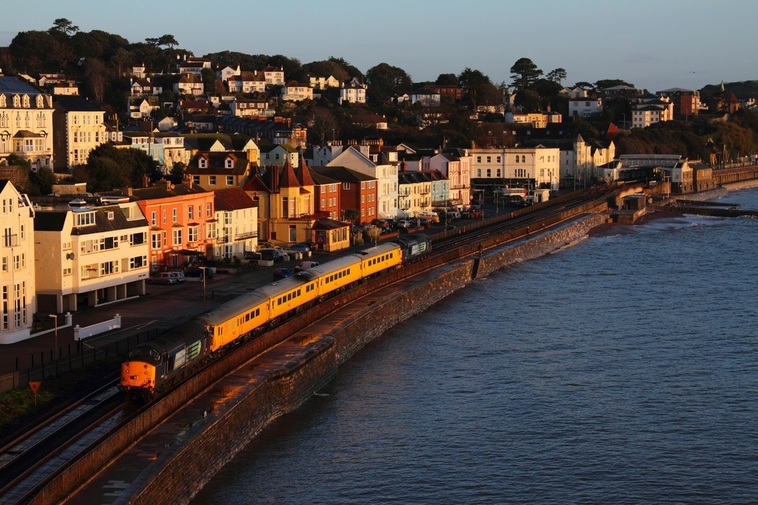 DRS 37603 leads 37218 on the 1Q18 Old Oak Common (via London Paddington) to Plymouth test train at Dawlish on the 20th December 2013. The Growlers were replacing the usually booked NMT. 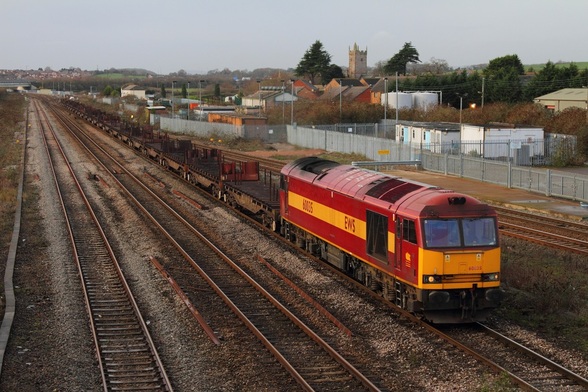 Recently reinstated but not listed on the refurbishment programme, EWS 60035 leads the 6E71 Llanwern to Scunthorpe empty steel slabs at Severn Tunnel junction on the 19th December 2013. 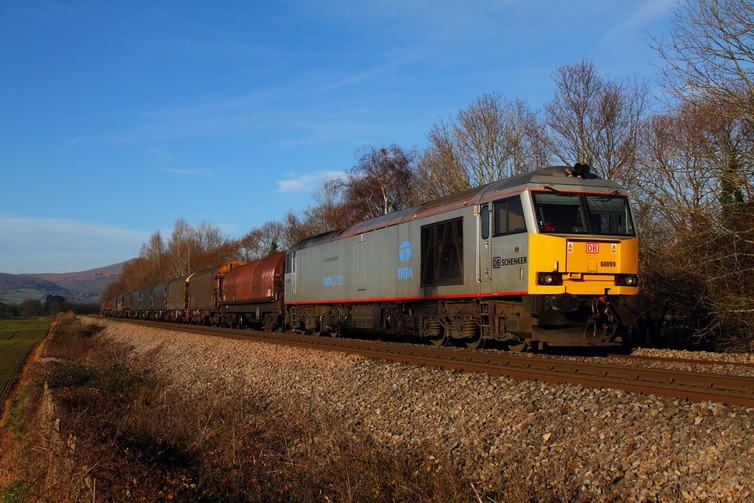 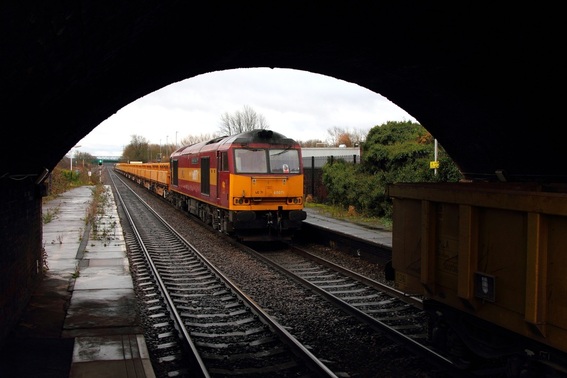 DB Schenker's EWS 60071 'Ribblehead viaduct' is captured at Loughborough station on the 14th December 2013 in possession during engineering works which commenced over the weekend. The tug had worked the 6B05 to Sileby junction ex-Toton.

A quick visit to Marston to photograph London Transport liveried 66718 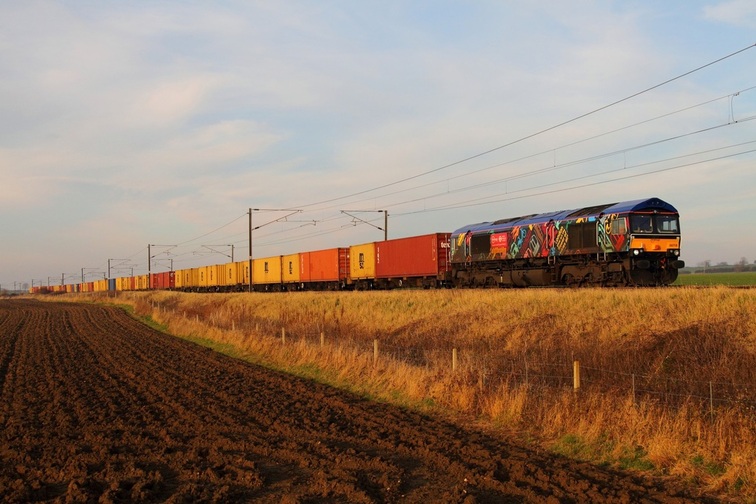 GBRf London transport liveried 66718 glides through Marston powering the 4E78 Selby to Felixstowe on the 11th December 2013. For photographs of 66721, please click here. 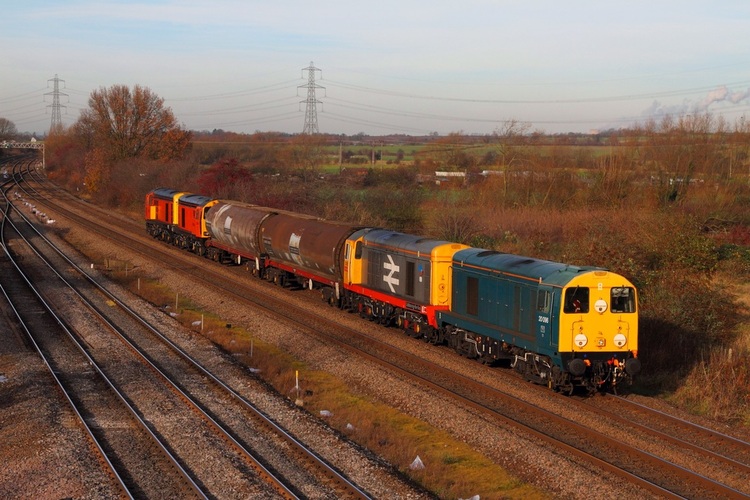 Br Blue 20096 leads Railfreight 20118, two barrier wagons and HNRC orange 20311 and 20314 on the 6M21 Barrow Hill to Old Dalby at Loughborough on the 9th December 2013. This positioning move was running nearly 200 minutes late, which inevitably resulted in the 7X09 Old Dalby to Amersham being late. Many thanks to PG for the info. 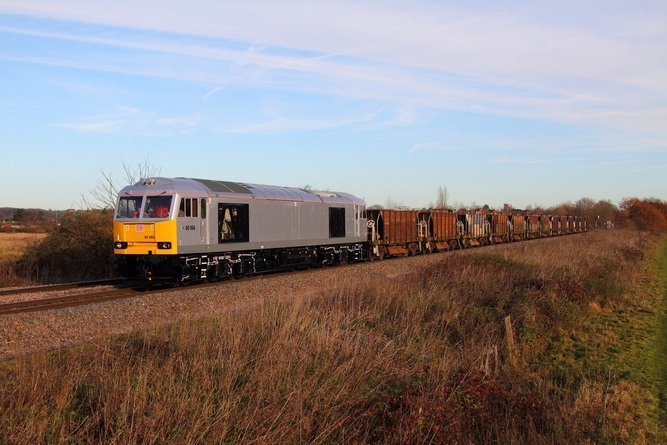 DB Schenker's Silver liveried 60066 works the 6Z55 Toton North Yard to Kingsbury captured here at Branston just south of Burton on the 4th December 2013.
60066 was later branded during the week. 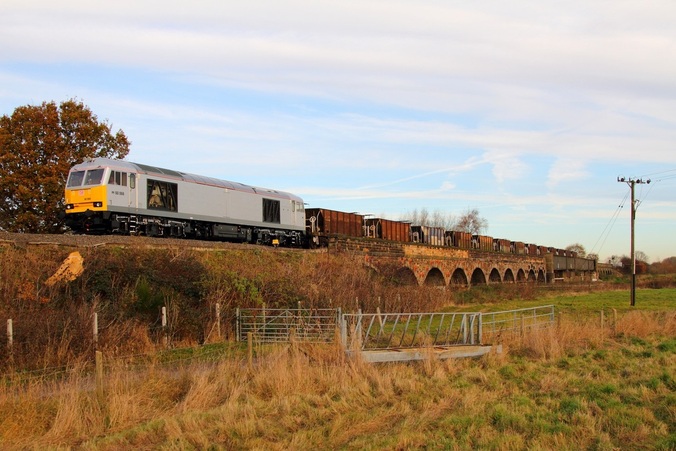 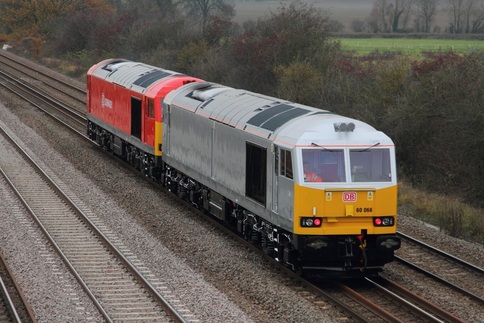 Test Runs for 60100 & 60066
DB Schenker's most recent refurbished class '60s', nos. 60066 and 60100 both made a brief appearance today, working a test run from Toton to Toton via Peterborough as 0Z60. 60066 has been released in silver colours, a livery expected to be similar to that of TATA liveried 60099. 60100 has continued the form of the previous class '60s' and has returned in the normal DB Schenker Red. The two tugs are captured here at Cossingon on the relief working back to Toton from Peterborough on the 3rd December 2013. This was 60066 first working since refurbishment. 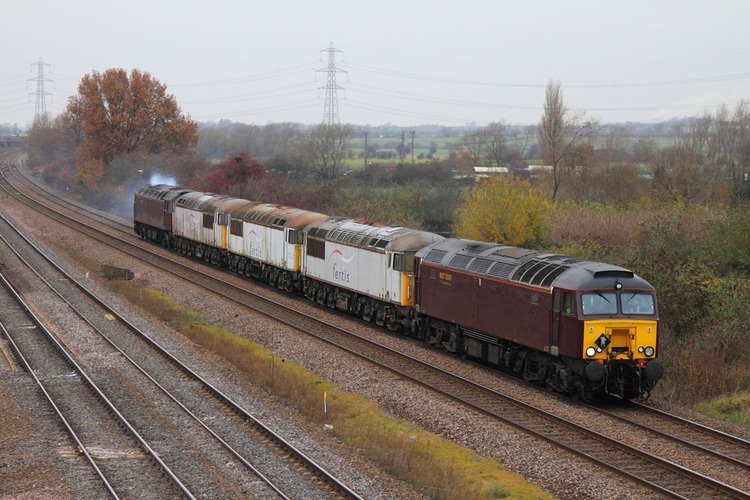 On the 3rd December 2013, WCRC 57315 leads faded fertis liveried 56106, 56031 and 56069, with WCRC 57601 visibly powering at the rear of the convoy, working the 0Z57 Burton Wetmore to Leicester depot at Loughborough. It is believed the Grids are going for future storage whilst some will be repaired and returned for spot-hire on the mainline.
Many thanks for visiting. I hope you enjoyed your visit. Kind regards Jamie.
Railway Photography by Jamie Squibbs