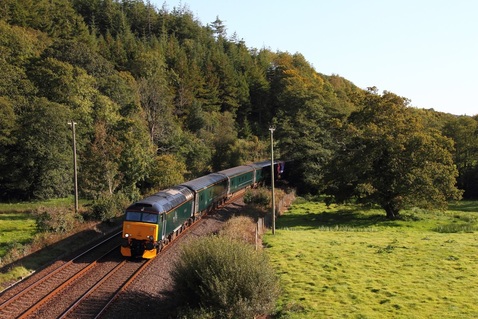 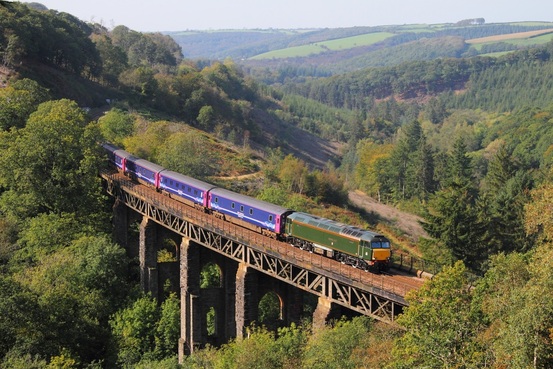 57604 looking resplendent in GWR green leads the 5Z40 Penzance to Laira Sleeper ECS over Largin viaduct. FGW Blue 57605 was on the rear of the train. The 1C99 last night had departed over 100minutes late following problems with some of the  coaching stock hence the top-and-tailed formation. Click here for a slideshow of 57604 in Brunswick Green. 01/10/2011 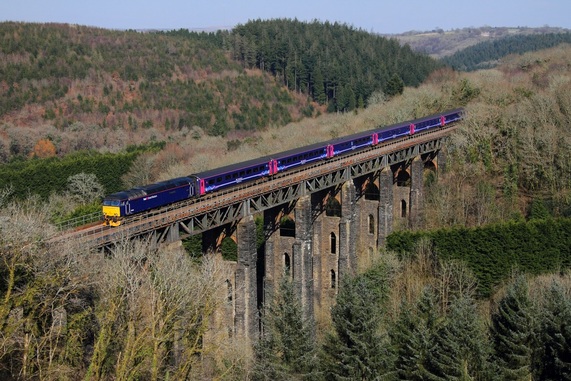 First Great Western's 57603 powers over St Pinnock viaduct near Largin with the 5Z40 Laira to Penzance Sleeper ECS on the 2nd April 2013. 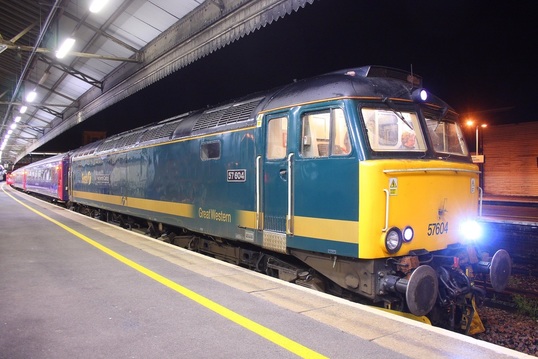 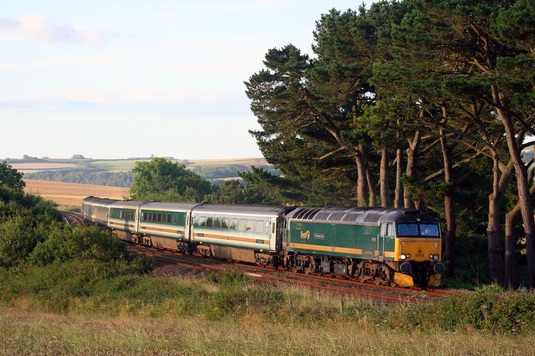 First Great Western 57604 looking very smart in the FGW 'fag packet' livery hurries through Trerulefoot powering the 1C99 London Paddington to Penzance night sleeper on the 30th July 2007. 57604 was the penultimate 'ronnie' or 'zombie' to lose its FGW 'fag packet' livery and was repainted into the smart and famous Brunswick green livery in June 2010. 57603 was the last locomotive to lose the livery when it was repainted at Brush Traction, Loughborough in April/May 2011. 57605 had been the first 'body snatcher' to be repainted into FGW blue in March 2008 followed by 57602 in June 2009. 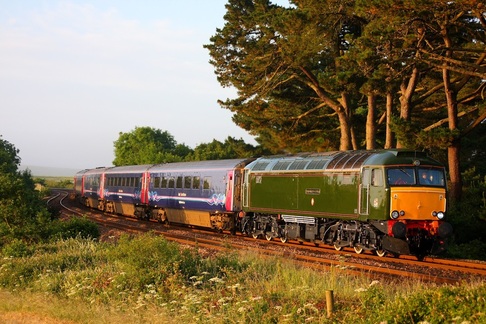 In June 2010, First Great Western repainted FGW fag packet green with gold stripe liveried 57604 formerly 47209 and named 'Pendennis Castle', into the famous First Great Western Brunswick Green, as carried by many celebrity locos including four class '47s' no. 47079, 47484, 47500 and 47628 (as part of the GWR 150 celebrations) and 50007 which was as painted into the livery at Laira depot in February 1984. On the 3rd July 2010, having recently been outshopped and unveiled in its new colours at the Didcot Railway Centre following its repaint at Brush Loughborough, the loco glides through Trerulefoot on the 3rd July 2010 with the 1C99 London Paddington to Penzance sleeper.
Many thanks for visiting. I hope you enjoyed your visit. Kind regards Jamie.
Railway Photography by Jamie Squibbs