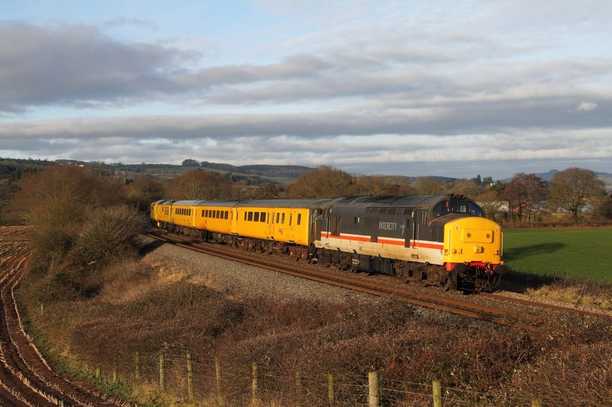 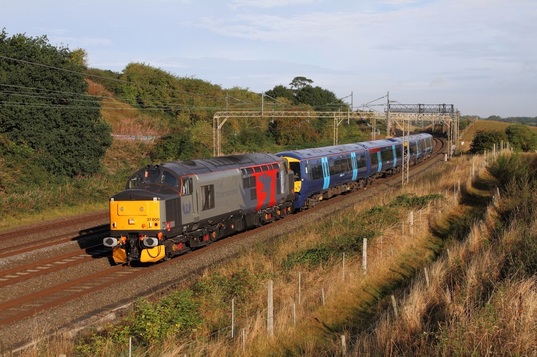 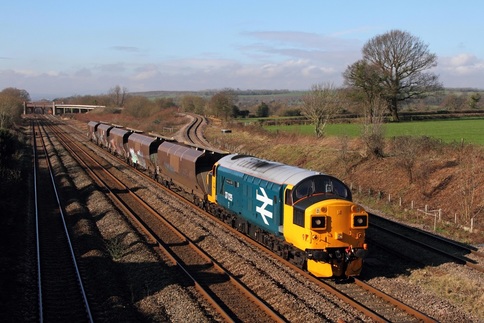 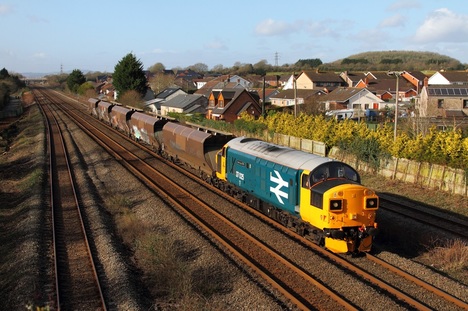 Large Logo 37025 works the 4B20 08:37 Barry to Barry via Briton Ferry and Swindon east (although the train reversed at Stoke Gifford, Bristol Parkway) at Magor on the 30th January 2016. 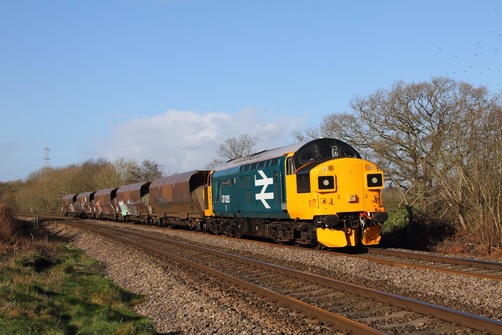 Large Logo 37025 works the 4B20 08:37 Barry to Barry via Briton Ferry and Swindon east (although the train reversed at Stoke Gifford, Bristol Parkway) at St Georges east of Miskin on the 30th January 2016. 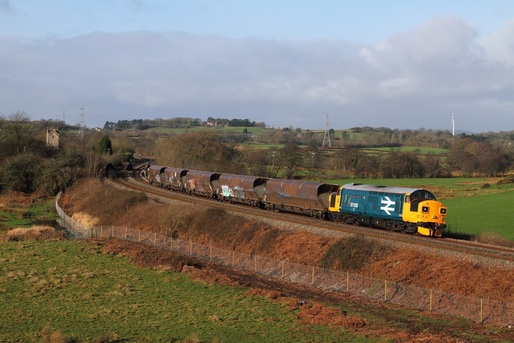 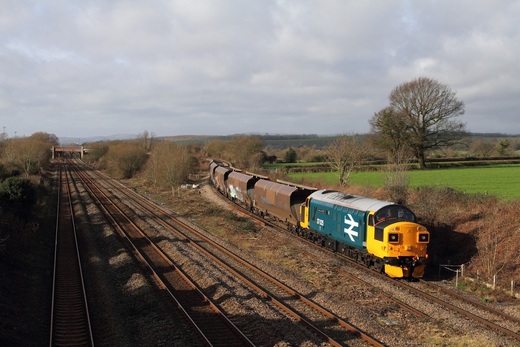 Large Logo 37025 on hire to Colas Rail, leads 5 former Freightliner HHAs as the 4B20 0910 Barry to Barry via Briton Ferry and Swindon East loop over the Bishton Flyover on the 28th January 2016. 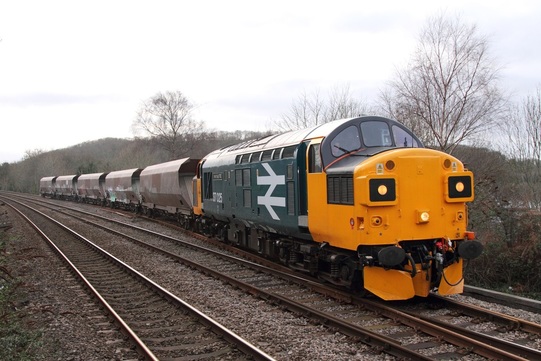 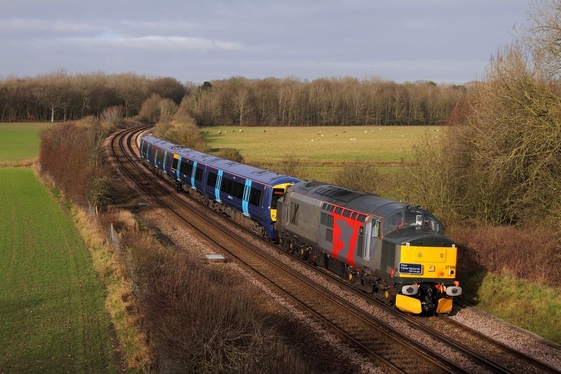 Europhoenix liveried 37884 hauls 375625 the 5Q58 Derby Litchurch Lane to Ramsgate EMUD at Westwell Leacon, Ashford on the 16th January 2016. 37884 hauling 375624 on the return from Ramsgate back to Derby experienced a brake fault and was kept in Stewards Lane Goods Loop after taking an eternity to make it to Wandsworth Road. 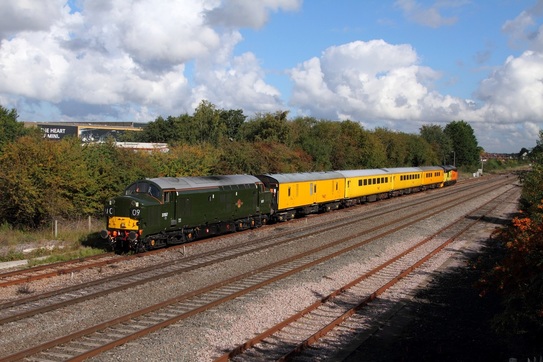 On the 9th October 2015, Br Green 37057 awaits departure from Highworth junction, Swindon with the 1Q15 07:53 Derby RTC to Cheltenham Spa via Swindon Cocklebury sidings consisting of Network vehicles nos. 6262, 72631 and 5981. Colas Rail liveried 37421 was at the rear of the train, having led from the East Midlands and had failed on route and was effectively operating as a DBSO at this point, with Viking doing all the work. The test train would reverse at Alstone sidings in Cheltenham and work to West Wales before returning to Derby RTC. 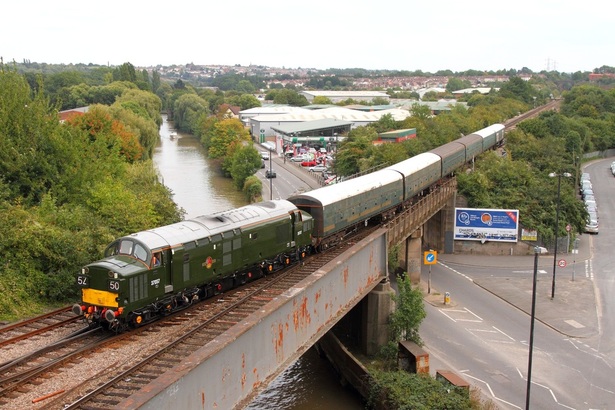 My thoughts today have been with all those who were involved in the tragic events of 9/11. 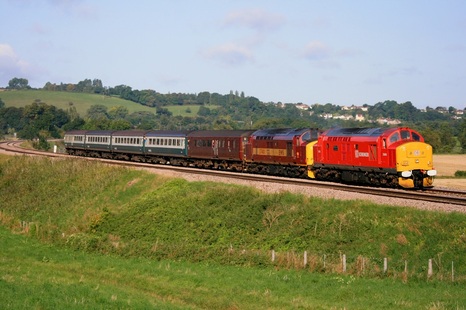 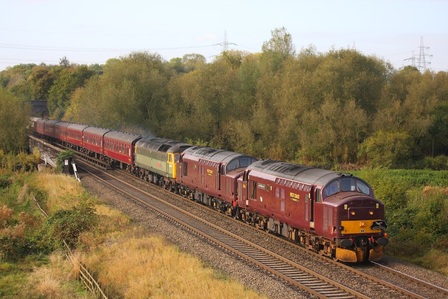 On the 17th October 2009, After several problems occurred yesterday with the ECS for Spitfire railtour's Jorvic Growler, after it ran 221minutes late due to the failure of 47787. The Jorvic Growler ran from Taunton to York as 1Z64. However tour locos, WCRC 37676+37516 experienced problems when 37516 engine kept shutting down at Bristol Parkway. 47851 was despatched from the rear after it  took the ECS down yesterday, and placed inside both '37s' and helped power the  tour with 37676 to York. The tour departed Parkway 98minutes late and slightly made up time. The triple header passes Lea Marston. 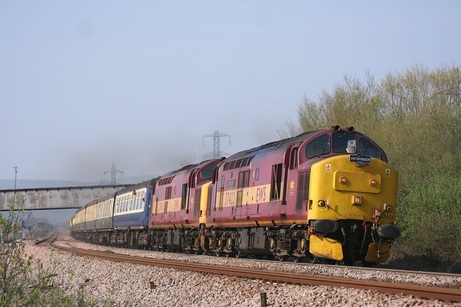 On the 14th April 2007, 37422 leads 37410 back through Margam with 60038 on the rear with the 1Z74 Onllwyn to Birmingham International 'Principality Freighter' Pathfinder railtour. 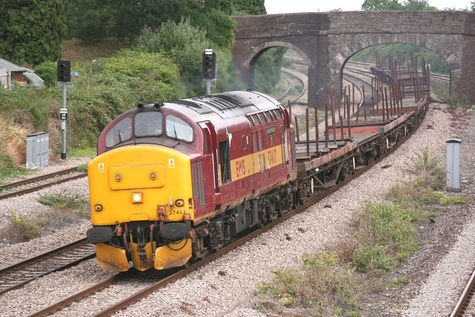 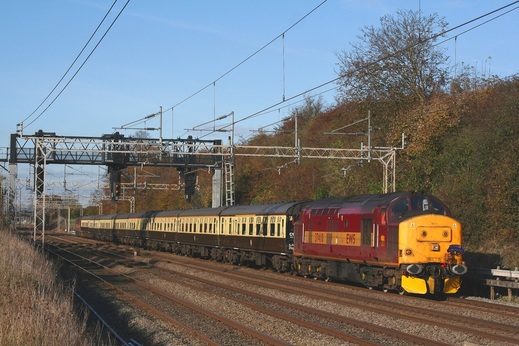 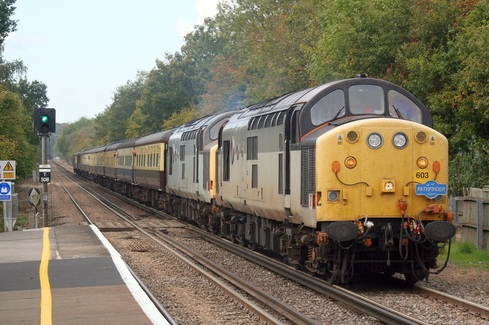 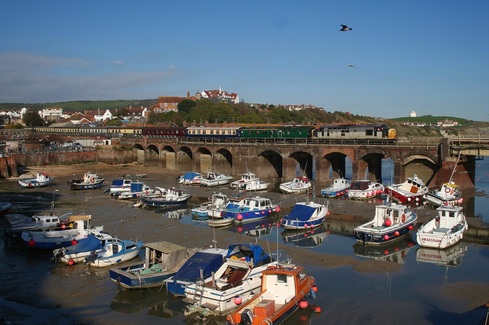 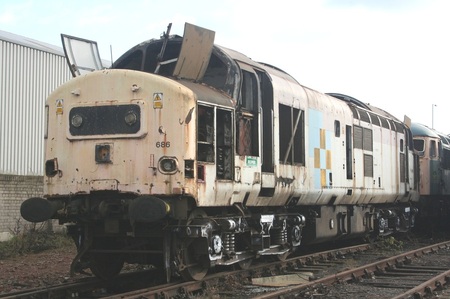 37686 stands in CF Booths Rotherham scrap yard awaiting its fate on the 25th March 2006. Click here to view some more photographs including 37040 and 37697.
Many thanks for visiting. I hope you enjoyed your visit. Kind regards Jamie.
Railway Photography by Jamie Squibbs