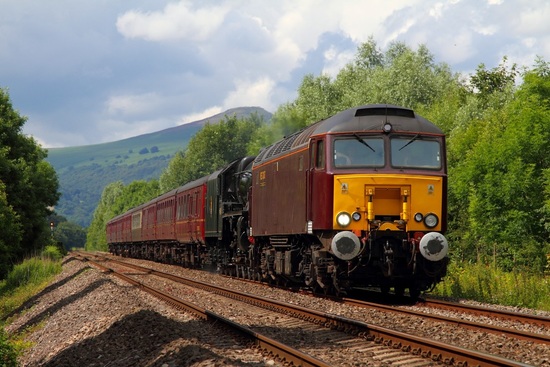 West Coast Railway Company's 57315 leads Black '5' no. 45407 at Abergavenny working as the 5Z35 Carnforth to Bristol Kingsland Road ECS on the 28th June
2014. The ECS was for the Royal Duchy charter from Bristol Temple Meads to Par and return on Sunday. 45407 has made its journey south from Fort William this week. This is not the only Empty coaching stock movement scheduled to Bristol this weekend, as 47847 should haul a 5Z10 Bescot to Bristol Barton Hill ECS on the 29th June 2014, with the ECS for the Torbay Express. 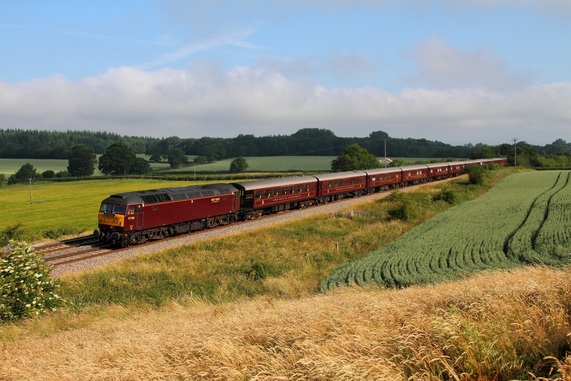 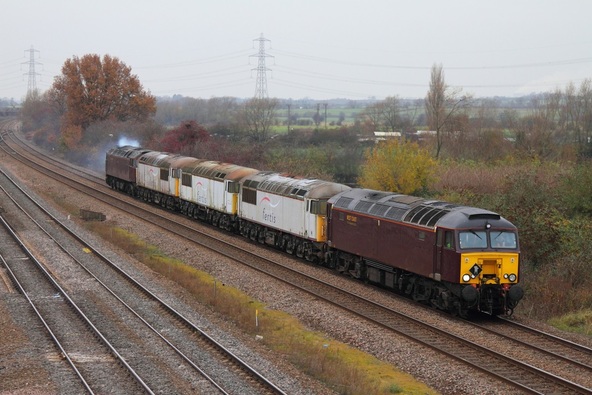 On the 3rd December 2013, WCRC 57315 leads faded fertis liveried 56106, 56031 and 56069, with WCRC 57601 visibly powering at the rear of the convoy, working the 0Z57 Burton Wetmore to Leicester depot at Loughborough. It is believed the Grids are going for future storage whilst some will be repaired and returned for spot-hire on the mainline. 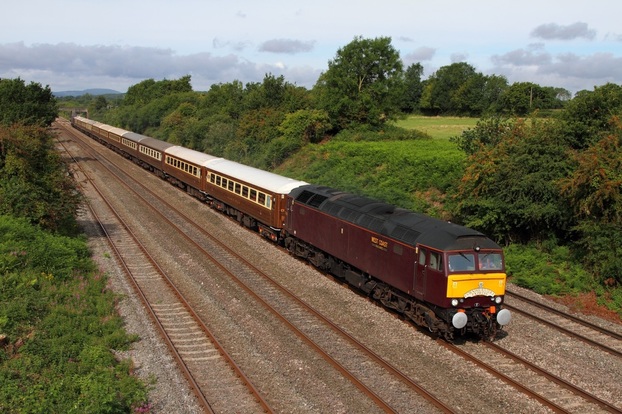 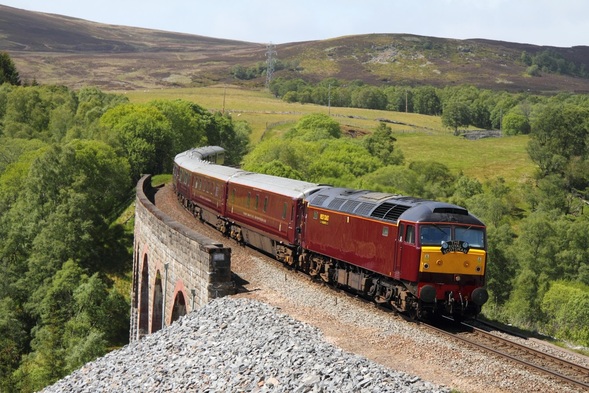 WCRC liveried 57001 hurries over Slochd viaduct hauling the 1H81 Kyle of Lochalsh to Carrbridge Royal Scotsman on the 29/05/2011. 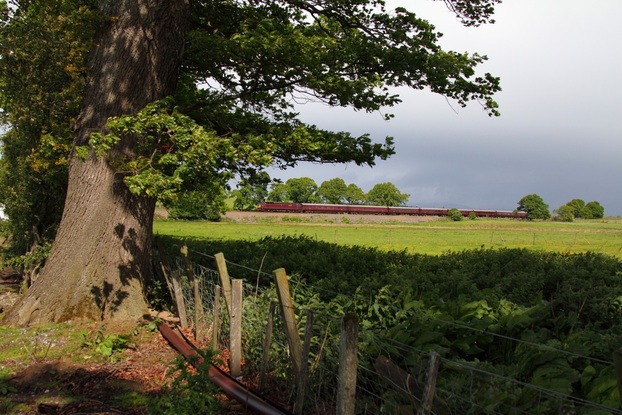 WCRC liveried 57001 nears Muir of Ord hauling the 1H81 Kyle of Lochalsh to Carrbridge Royal Scotsman on the 29th May 2011.