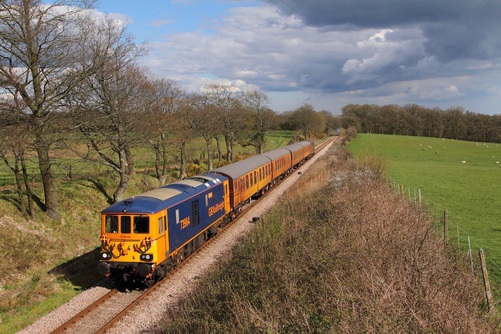 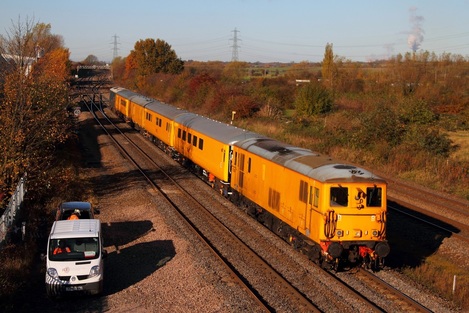 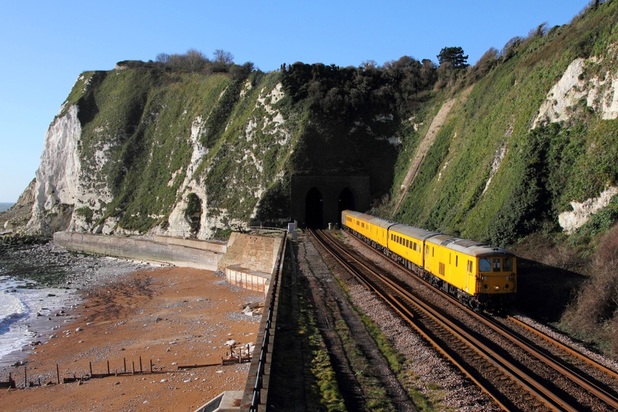 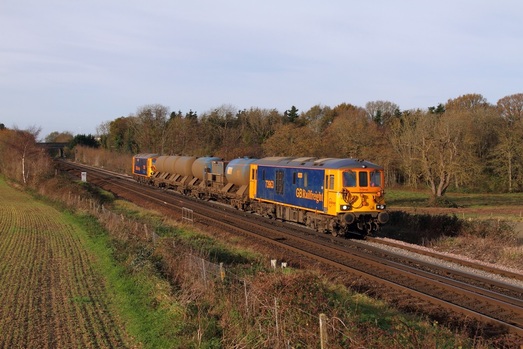 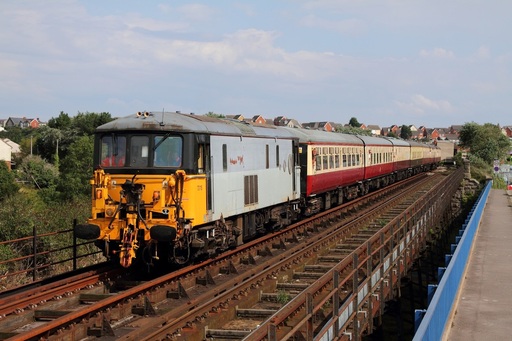 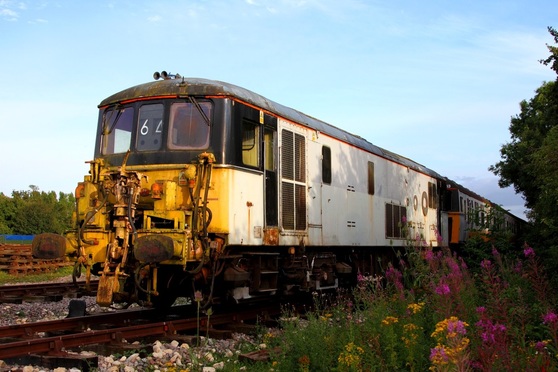 Eurostar liveried 73130 stands at the former site of Finmore station on the 4th August 2015. 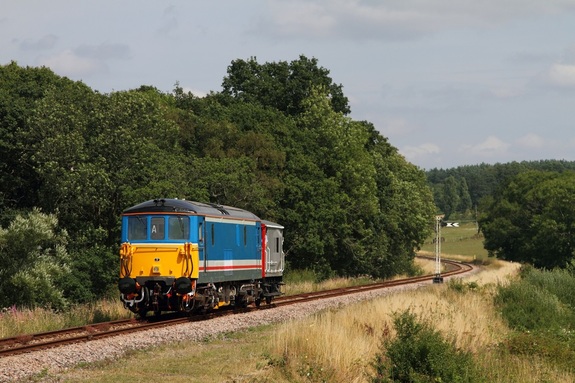 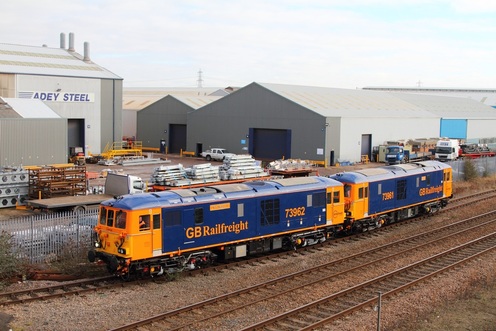 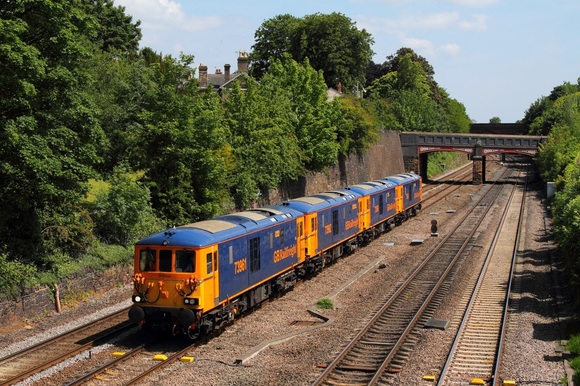 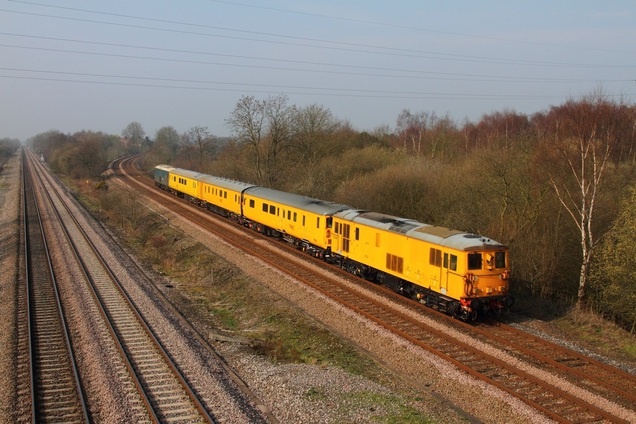 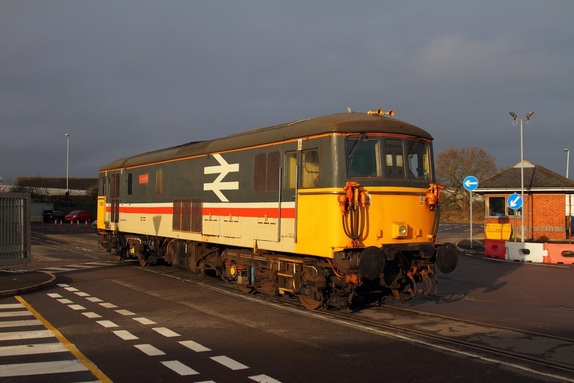 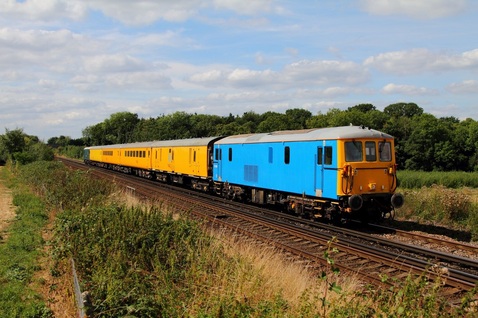 73109 formerly named 'The Battle of Britain' has recently lost its South West Trains livery in favour of an unusual light blue livery. On the 29th August 2013, 73109 leads the 1Q58 Hither Green to Hither Green via London Victoria, Sevington loop and Tonbridge yard test train away from Tonbridge near Tudeley with Br Blue 73201 'Broadlands' on the rear of the service. Was nice to meet Steve Hatcher again. 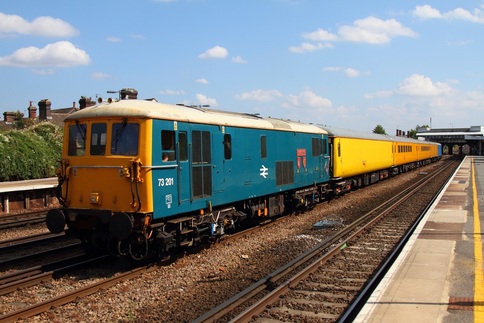 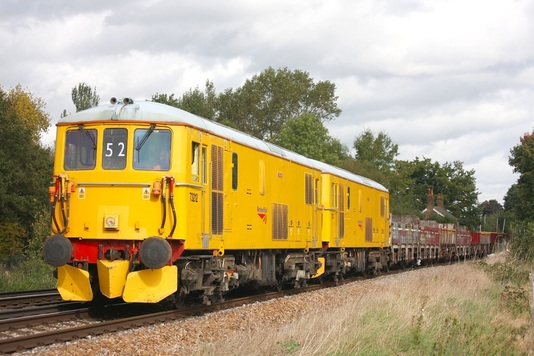 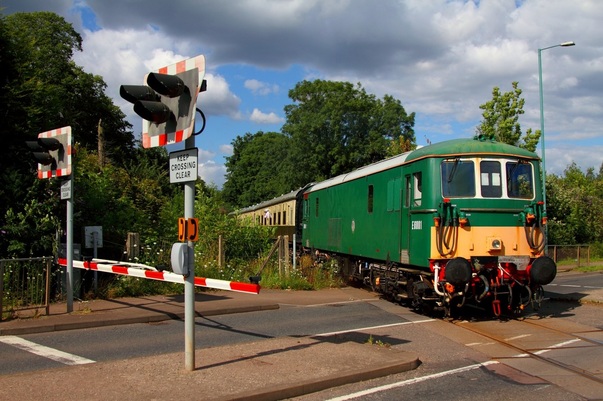 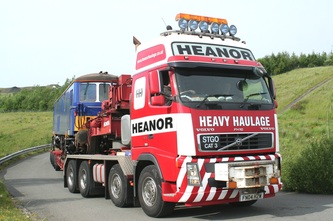 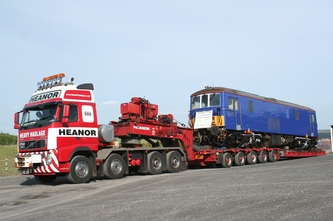 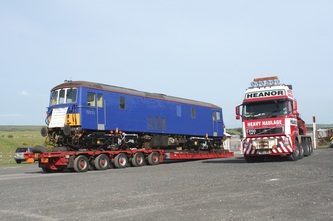