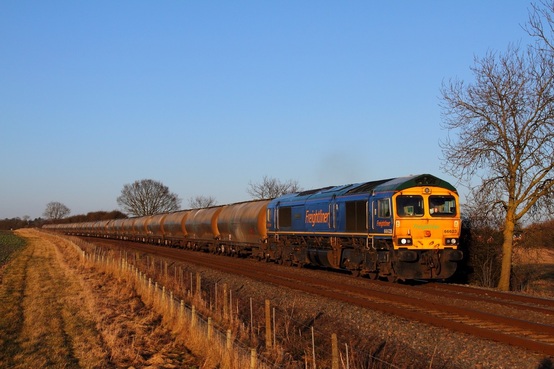 Freightliner's former Bardon aggregates liveried 66623 hauls the 6L89 1149 Tunstead to West Thurrock at Langham junction near Oakham on the 30th January 2015. The Bardon aggregates contract is now in the hands of GBRf, hence the re-branding of 66623, into power-haul style Freightliner branding. 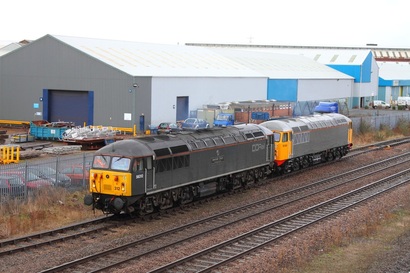 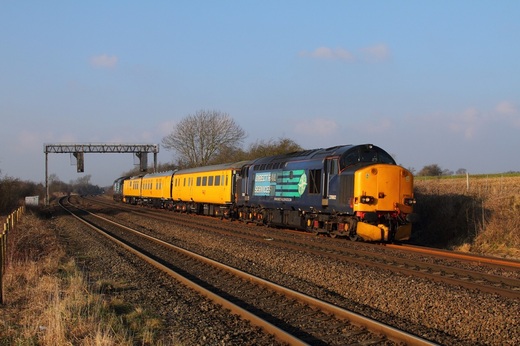 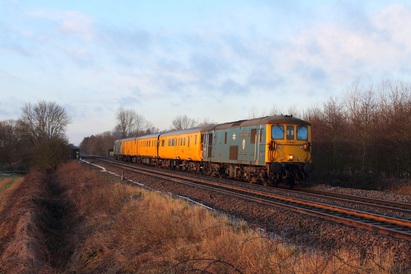 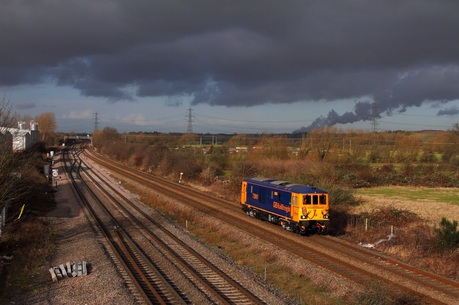 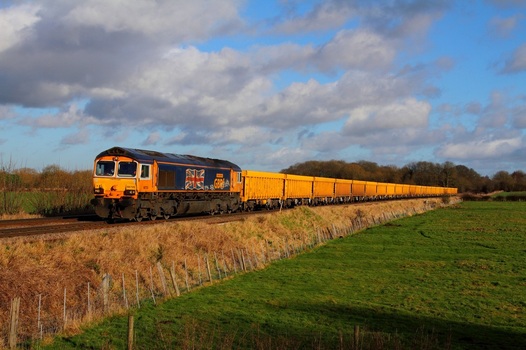 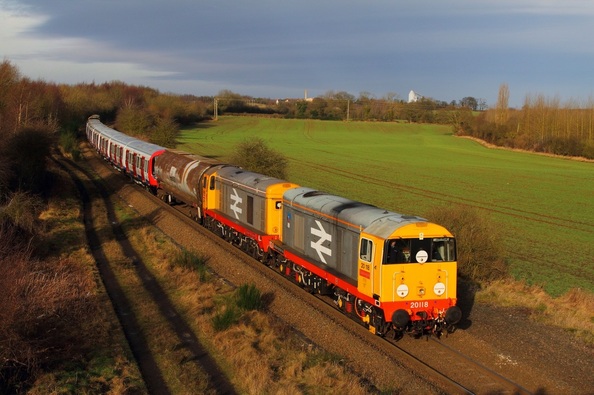 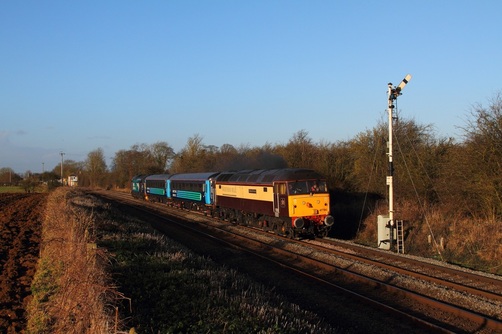 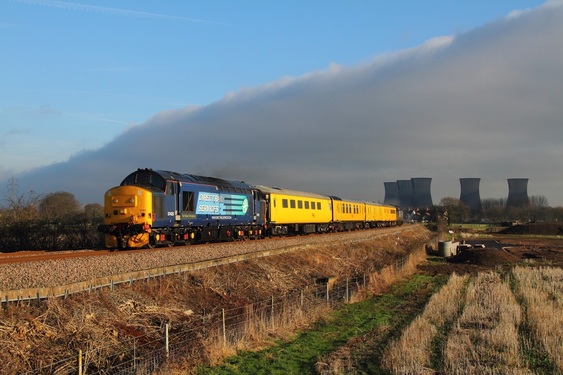