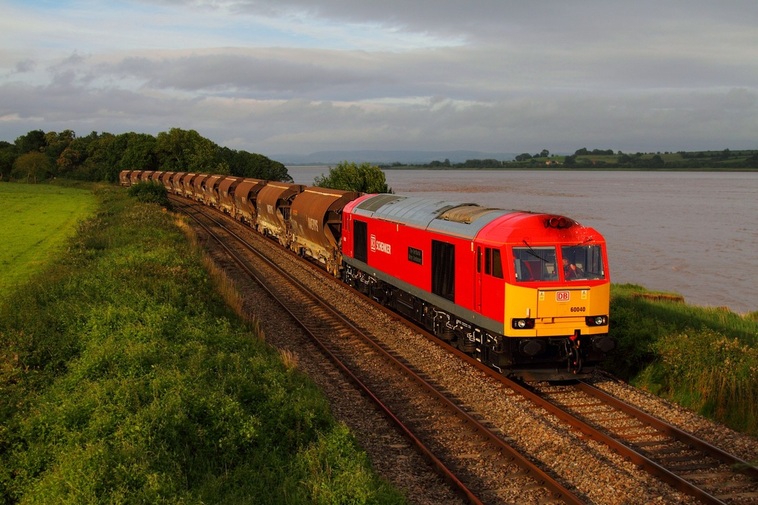 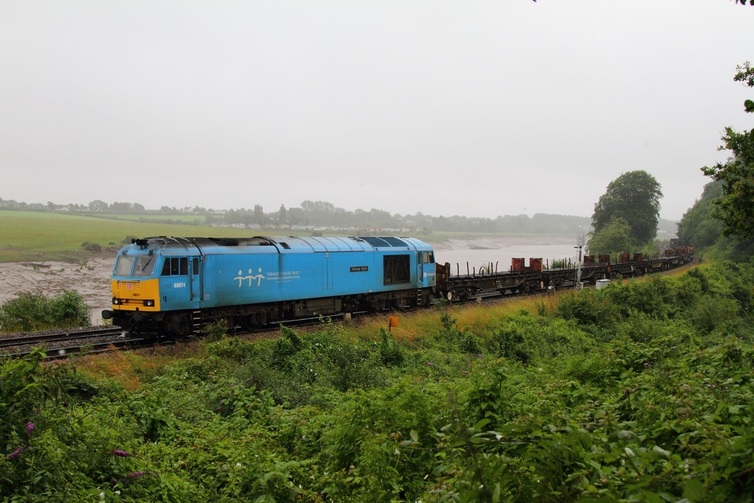 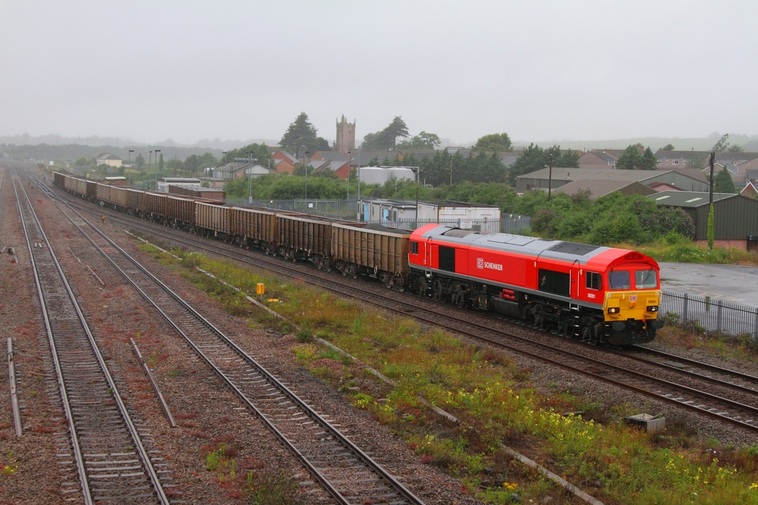 On the 16th July 2012, in dismal photographic weather, DB Schenker 59201 creeps through Severn Tunnel junction powering the 7C83 Machen to Whatley loaded stone in box wagons. The Machen which now runs roughly 2-3 times a week is often
consisted of hanson stone hoppers and usually goes to West Drayton.
Many thanks for visiting. I hope you enjoyed your visit. Kind regards Jamie.
Railway Photography by Jamie Squibbs