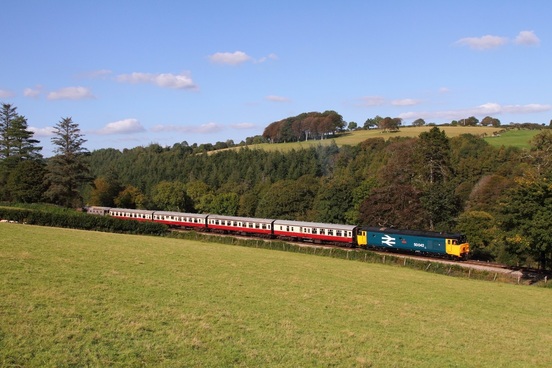 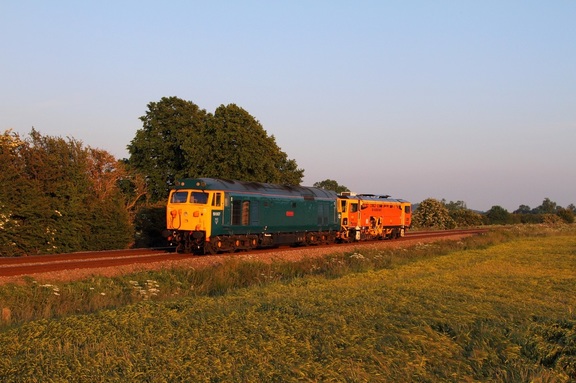 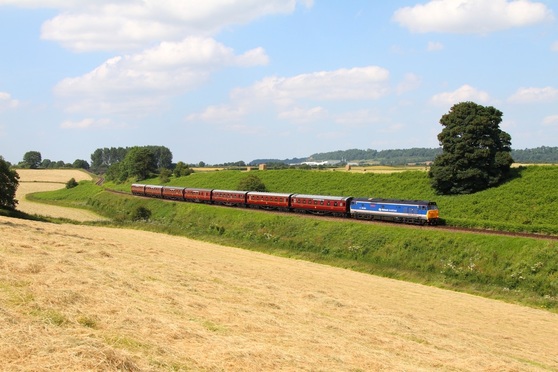 Network South East liveried 50026 powers the 1520 Bridgenorth to Kidderminster service at Eardington bank on the Severn Valley railway on the 23rd June 2014. 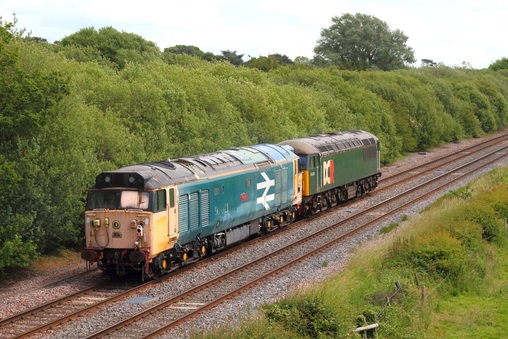 50021 "Rodney" is hauled by DC Rail's 56303 as the 0Z50 Tyseley to Butterley (Midland Railway Centre) at Barrow upon Trent on the 27th June 2015. The train was terminated as the Railvac the locomotives were intending to collect was not ready for forward movement. Therefore the pair returned to Derby and moved to Eastleigh the next day light engine. 50021 now joins 50026 at Eastleigh for continued restoration. 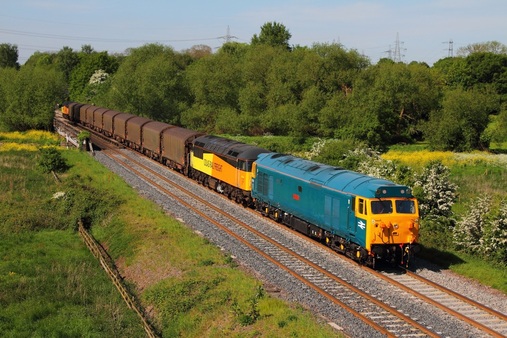 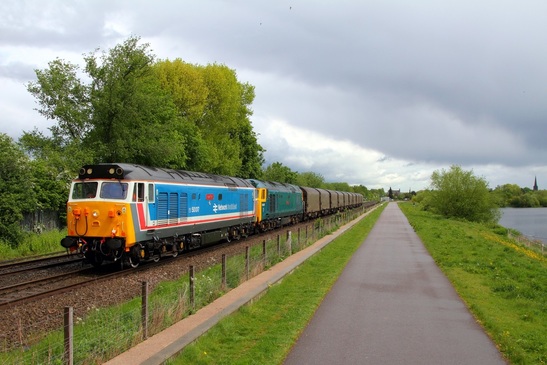 Just over a year since 50007 made its debut and successful return to the mainline on the Boston Docks working. On the 19th May 2015, Network South East liveried 50017 leads Br Blue 50007 on the 6Z08 Boston Docks to Washwood Heath loaded steel at Attenborough nature reserve. 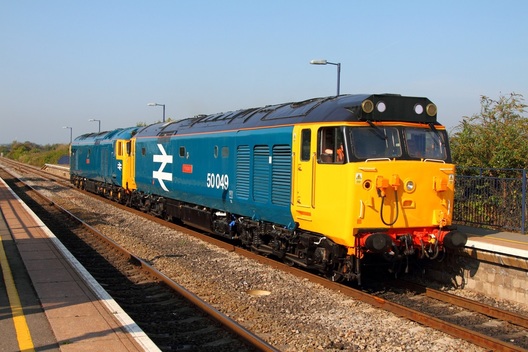 On the 3rd October 2011, Looking immaculate and stunning in Large Logo blue. 50049 finally left Cardiff Canton with 50044 in tow. I photographed the hoovers powering through Caldicot working as the 0Z50 09:12 Cardiff Canton to Kidderminster.  The '50s' are to take part in the Severn Valley Railway's Diesel Gala this weekend. 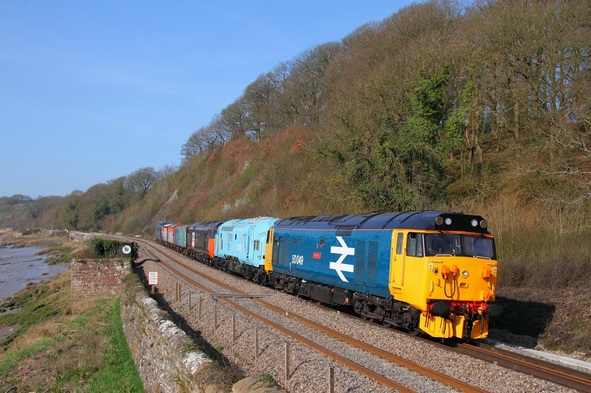 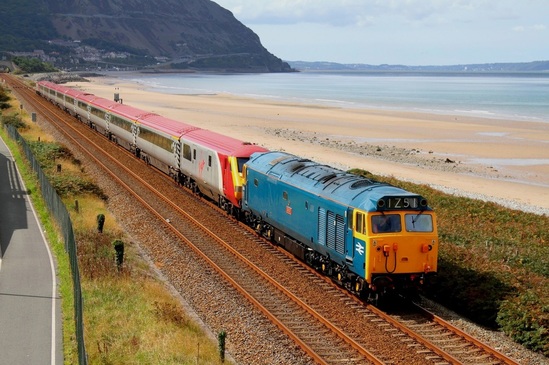 On the 4th September 2011, I visited North Wales to photograph 50044 powering the 1Z50 Holyhead to Llanwrst and 1Z51 Llanwrst to London Euston 'Snowdon Ranger' PTG tour. 50044 had to be turned round via the Valley triangle to lead the tour out of Anglesey. This was due to a problem regarding power from the one cab end. I photographed the 1Z50 PTG tour passing Penmaenmawr.
Many thanks for visiting. I hope you enjoyed your visit. Kind regards Jamie.
Railway Photography by Jamie Squibbs