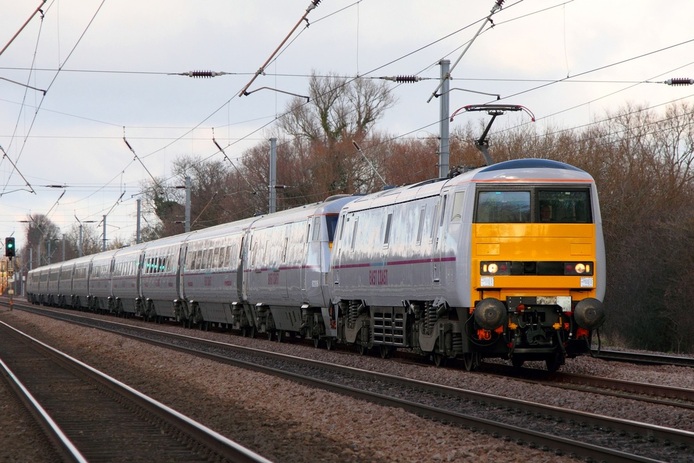 East Coast liveried 91112 slab-end leading hauls the 5G14 Neville Hill to Bounds Green consisting of 82206 and 91117 at Arlesey north of Stevenage on the 28th January 2012. For more photographs from my visit to the South East on the 28th January, click here!

Network Rail '57s' on the snow train in Tonbridge yard... 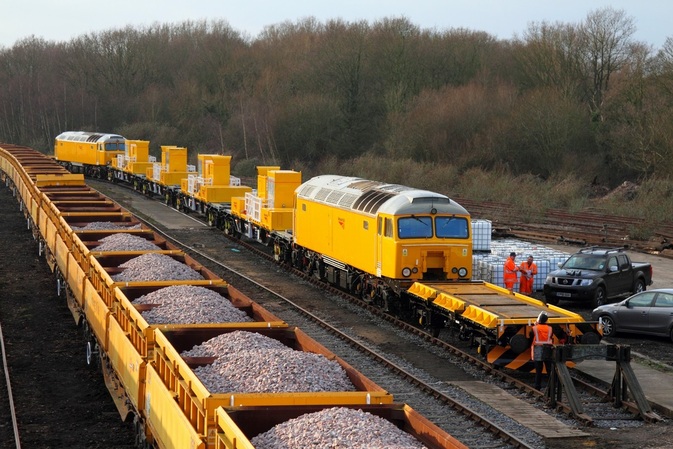 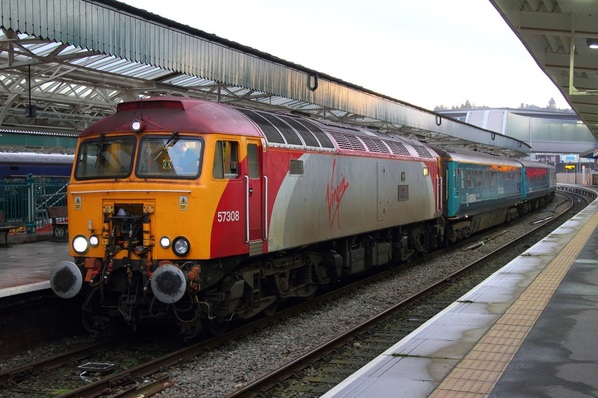 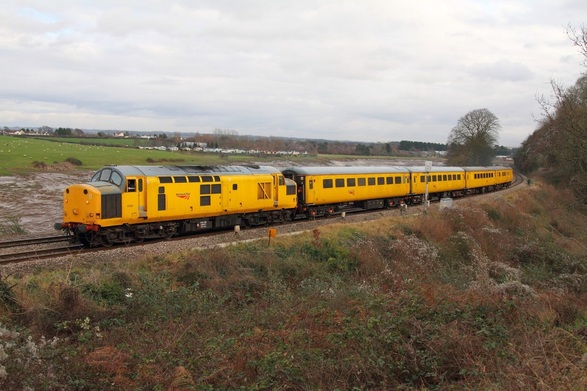 On the 23rd January 2012, Network Rail's 97301 worked the 1Q13 06:48 Derby RTC to Tyseley via Hereford, Gloucester, Newport and Bristol Parkway. DBSO 9701 lead the test train down the Lydney line and 97301 led the return from Newport to Bristol Parkway. The train hurries through Thornwell near Chepstow. Click here to view more photographs of 97301 and 31285. 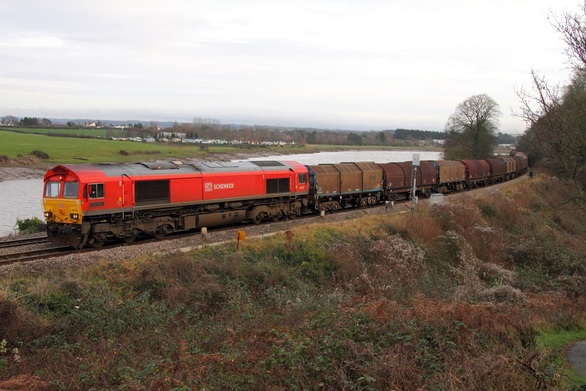 DB Schenker's 66152 powers the 6M41 Margam to Round Oak loaded covered steel at Thornwell. 18/01/2012
Many thanks for visiting. I hope you enjoyed your visit. Kind regards Jamie.
Railway Photography by Jamie Squibbs