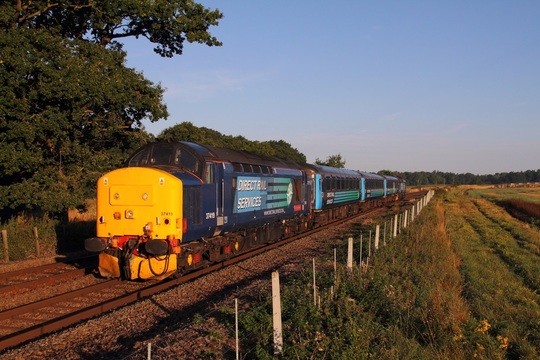 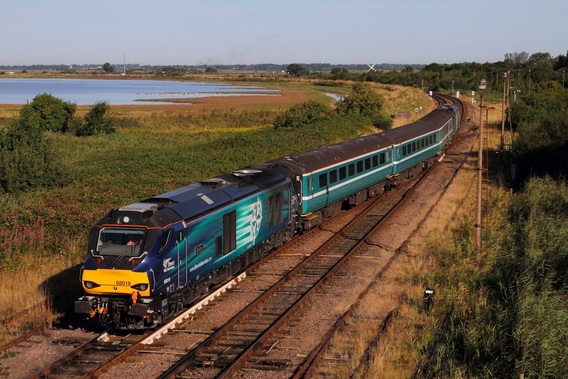 Since July 11th 2016, Abellio Greater Anglia have used an additional loco-hauled set, powered by DRS class '68s' as a substitute for Class 170 no. 170204 which on April 10th, collided with an agricultural tractor at Hockham Road level crossing near Thetford whilst working the 1K77 1203 Norwich to Cambridge service. The second set is expected to continue until October by which time 170204 should have been repaired and returned to Abellio Greater Anglia. On the 30th August 2016, 68019 leads 68016 into Great Yarmouth powering the 2P10 0809 Norwich to Great Yarmouth service. 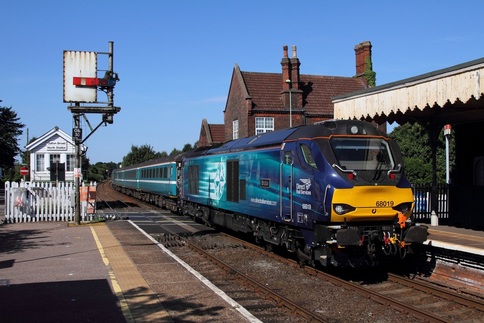 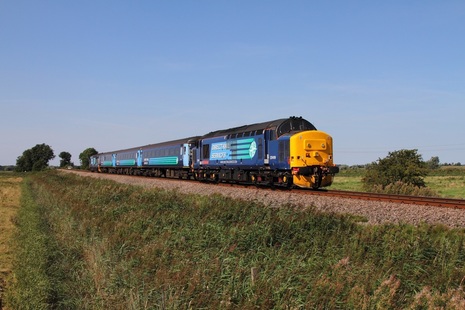 With something different needed to the usual Stracey Arms road bridge shot, DRS 37419 leads 37405 on the 2P20 1136 Norwich to Great Yarmouth away from Acle and approaching Stracey Arms on the 30th August 2016. The train was running about 10 minutes late at this point. 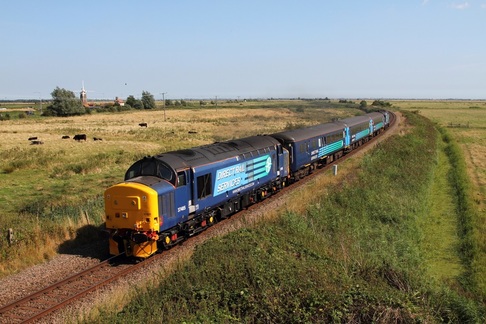 Surely the most popular location on the Yarmouth line with railway enthusiasts? DRS 37405 leads 37419 on the 2P21 1317 Great Yarmouth to Norwich passing the cattle and the drainage mill (built originally in 1833) at Stracey Arms on the 30th August 2016. 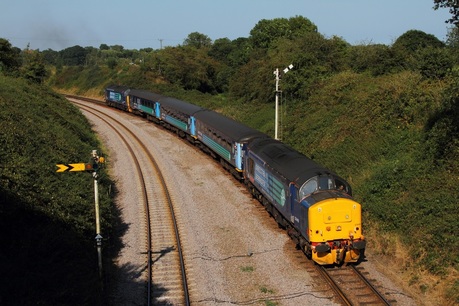 Although knowingly that the sun was not ideally round enough, this shot at Reedham was felt necessary to record the old semaphores which will inevitably get replaced by modern lights or tokens in the future, most likely similar to the Cambrian. 37419 leads 37405 on the 2J80 1455 Norwich to Lowestoft approaching Reedham Swing Bridge on the 30th August 2016. 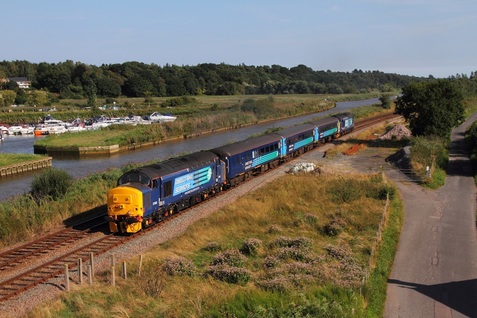 Taken from St Olaves road bridge (A143), 37405 and 37419 power alongside the 2 mile Haddiscoe cut, a canal which links the River Yare and River Waveney. The canal links up to the River Waveney in the background of the photo and then continues east to Lowestoft. The canal which opened up in 1833 joins up to the River Yare in Reedham (west of the photo). The tractors are working the 2J83 1548 from Lowestoft to Norwich and have just departed Haddiscoe station after stopping by request on the 30th August 2016. 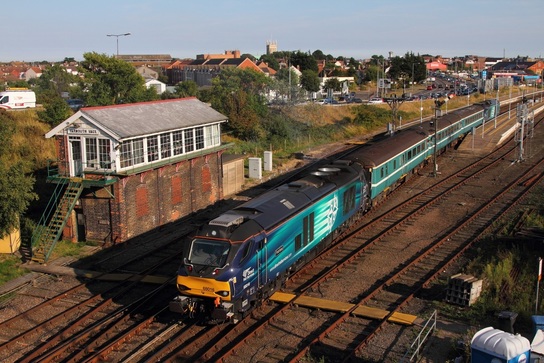