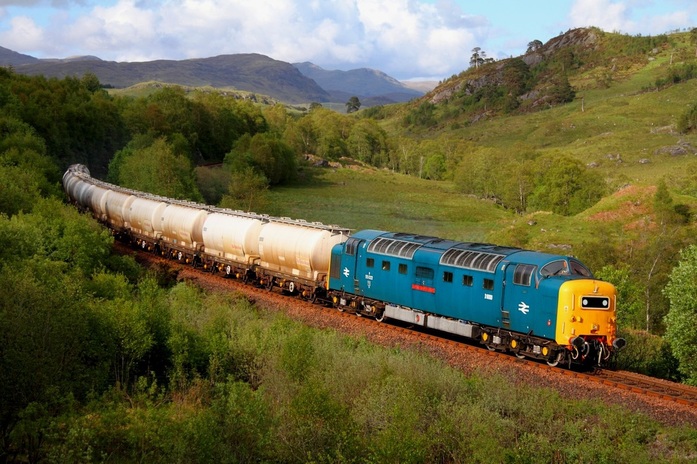 On the 30th May 2011, 55022 hauled the 6E45 Fort William to North Blyth (as far as Mossend) consisting of 12alcans. The bizzare sight is illustrated at Glen Falloch just south of Crianlarich. 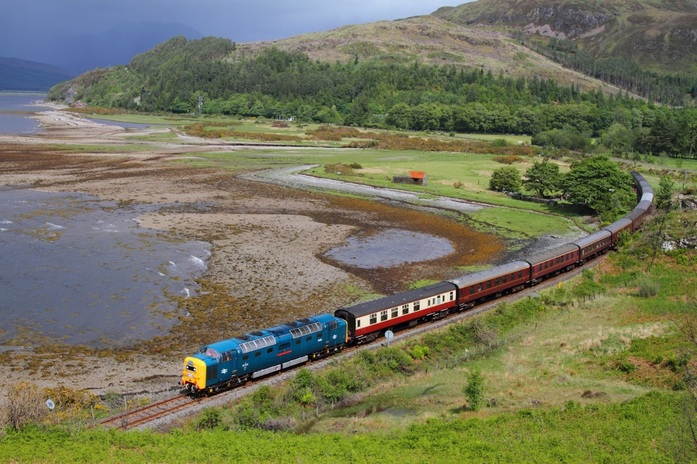 'Royal Scots Grey' 55022 rounds the curve at the spectacular Loch Carron, Attadale, miraculously in sun whilst powering the 1Z64 North Berwick to Kyle of Lochalsh SRPS railtours on the 28th May 2011.

On the 4th September 2011, I visited North Wales to photograph 50044 powering the 1Z50 Holyhead to Llanwrst and 1Z51 Llanwrst to London Euston 'Snowdon Ranger' PTG tour. 50044 had to be turned round via the
Valley triangle to lead the tour out of Anglesey. This was due to a problem regarding power from the one cab end. I photographed the 1Z50 PTG tour passing Penmaenmawr. 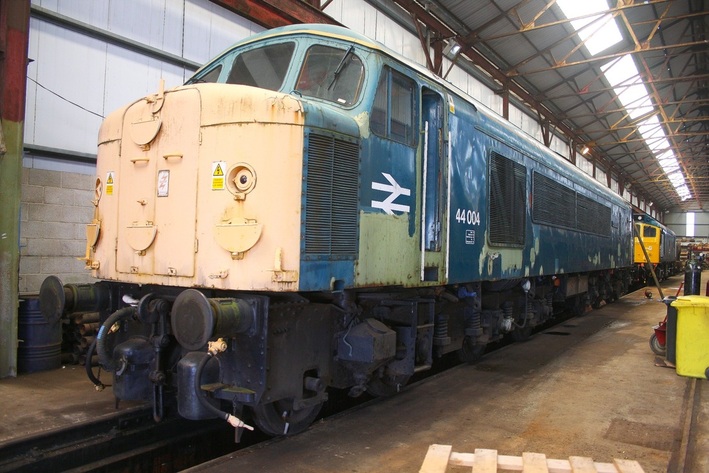 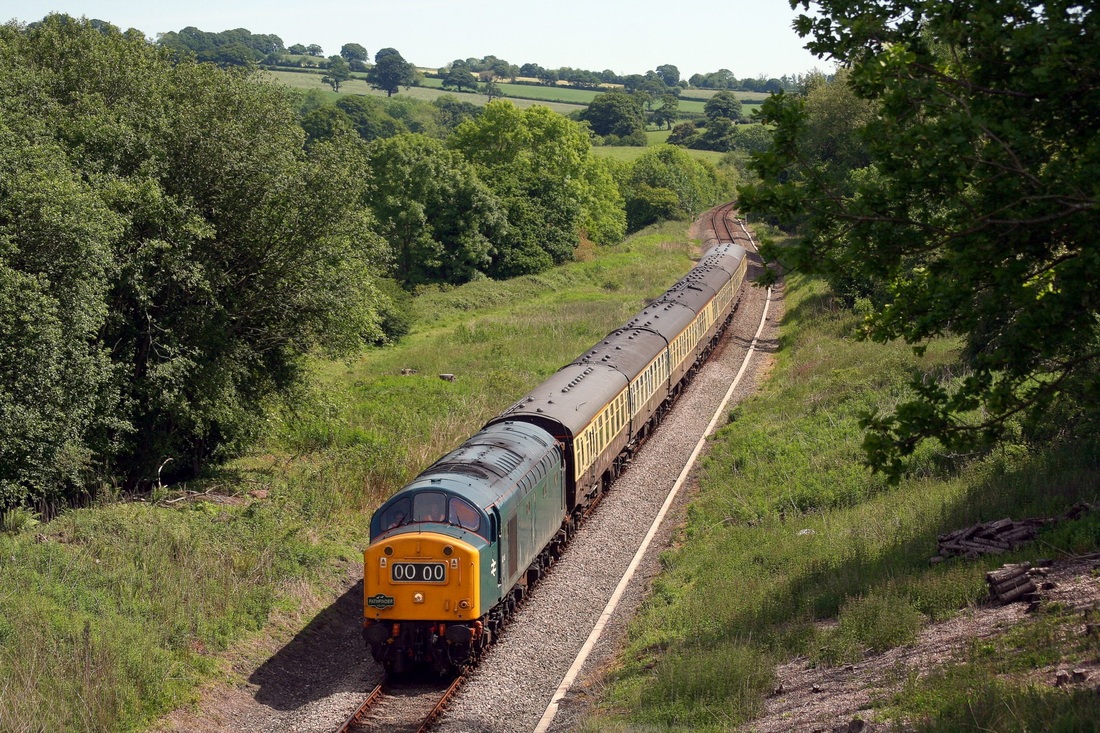 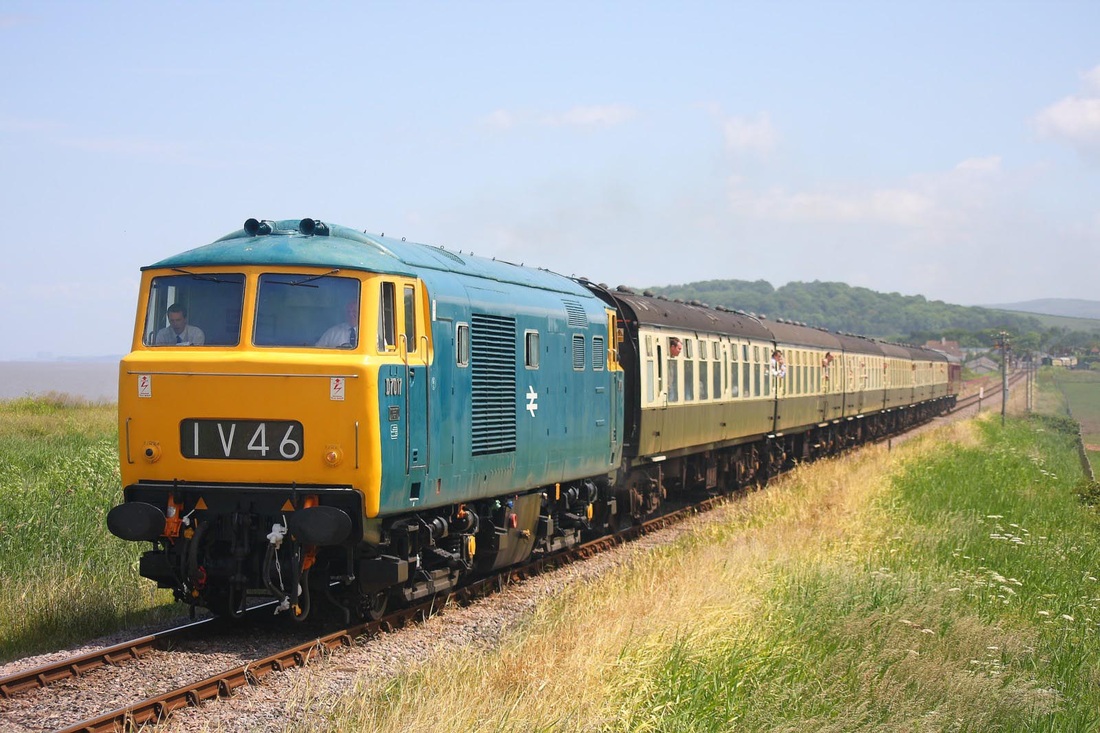 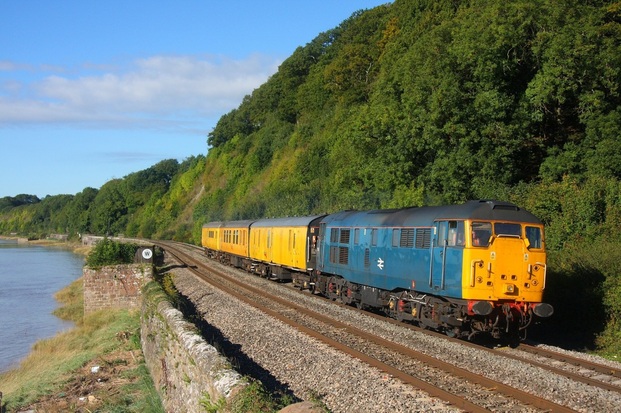 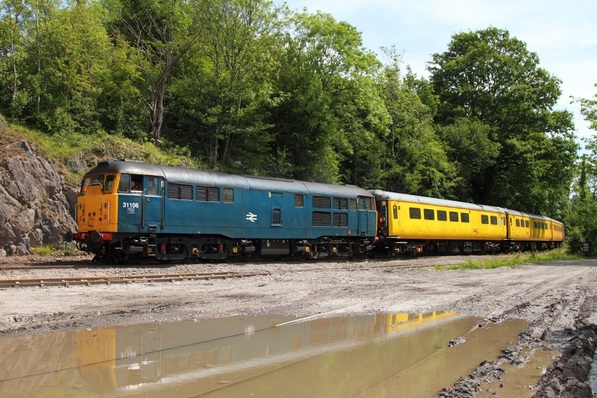 Br Blue liveried 31106 trundles up the Machen
Quarry line with the 1Q12 08:13 Bristol Barton Hill WRD to Gloucester via
Machen  and Pengam several times. On its second visit to Machen, the train enters the quarry with 31106 leading. 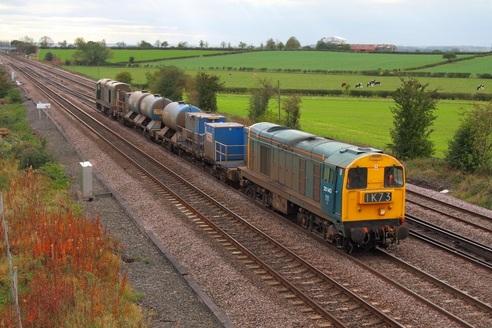 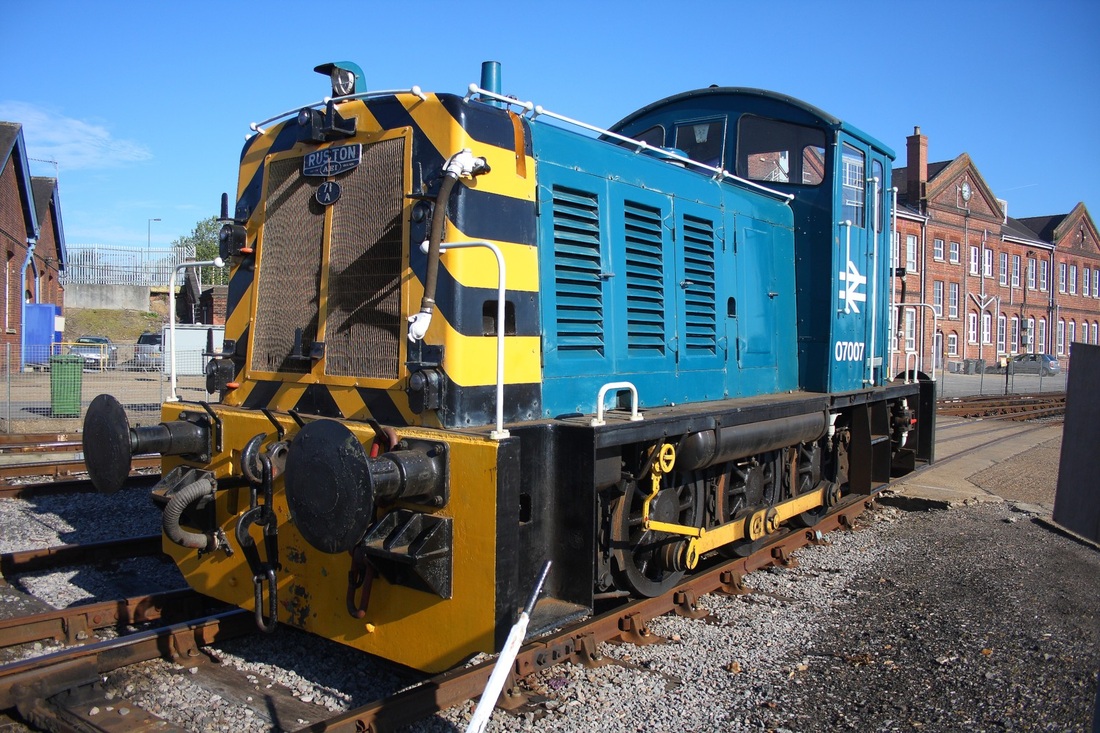 Br Blue 07007 on display at the Eastleigh Works Open Day on the 23rd May 2009.
Many thanks for visiting. I hope you enjoyed your visit. Kind regards Jamie.
Railway Photography by Jamie Squibbs